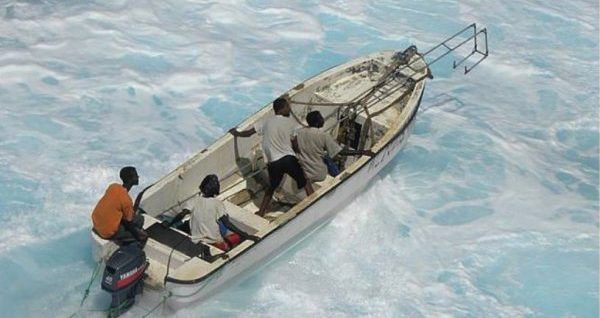 In the wake of the hijack of the Aris 13, off Puntland, in Somalia, IMO Secretary-General Kitack Lim has exhorted the shipping industry to apply diligently IMO guidance and best management practices to avert possible piracy attacks.

“While we have seen a very welcome decline in piracy off Somalia since the last reported hijack by Somali pirates in 2012, the reality is that piracy off the coast of Somalia has not been eradicated and the underlying conditions have not changed. Merchant shipping should continue to take protective measures against possible piracy attacks in the Gulf of Aden and the western Indian Ocean through diligent application of IMO guidance and Best Management Practices,” Mr Lim said.

He also called upon the Federal Government of Somalia and its regional authorities in Puntland to take prompt action to ensure the safe and speedy release of the eight Sri Lankan seafarers.

Data on incidents reported to IMO shows that the hijack of the tanker Aris 13, on 13 March, is the first reported hijack of a vessel covered by IMO regulations by Somali pirates, since the tanker Smyrni in May 2012. IMO notes that, since 2012, although piracy has been largely contained, Somali pirates have continued to attempt to hijack ships, but less frequently. The most recent reported attempted attack in the region was on the UK flagged product tanker CPO Korea in October 2016. In that incident, the ship was reported safe after the attack failed.

IMO advises ships transiting the high-risk area to follow IMO guidance and best management practices. Specifically, they should register with the Maritime Security Centre – Horn of Africa  (MSCHOA), report to the UK Maritime Trade Operations (UKMTO) office in Dubai, which acts as the primary point of contact for merchant vessels and liaison with military forces in the region, implement IMO guidance and Best Management Practices (BMP), and follow the Internationally Recommended Transit Corridor (IRTC).