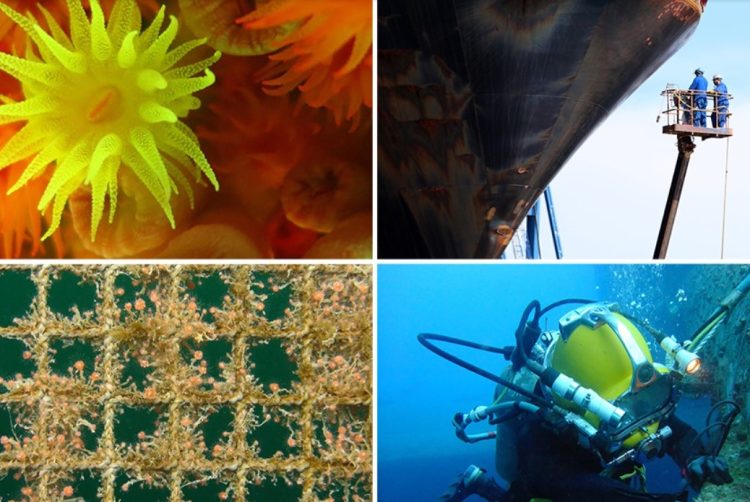 IMO informs that a major project to tackle bioinvasions by organisms which can build up on ships’ hulls and other marine structures saw activities slow down during the COVID-19 pandemic but is on track to meet its targets.

The Global Project Task Force of the IMO-executed GloFouling Partnerships project, a collaboration between the Global Environment Facility (GEF), the United Nations Development Programme (UNDP) and IMO, met for its second meeting (11 to 13 April) at IMO Headquarters in London, United Kingdom.

The project addresses biofouling – the accumulation of algae, animals and microorganisms on the surface of ships. Biofouling plays an important role in the transfer of invasive aquatic species (IAS) from one region to another. Reducing biofouling contributes to the reduction of GHG emissions from ships.

Despite the restrictions imposed by the pandemic, the project moved many activities online and completed a number of reports since the first task force meeting in 2019.  Looking ahead, the Project has been extended to 2025. A revised work plan and budget for 2022-2025 was agreed, with the inclusion of a key demonstration event on biofouling management in marine protected areas. This is likely to be conducted in the Galapagos Islands (Ecuador).

IMO informs that an R&D Forum and Exhibition on Biofouling Management, organized by IMO’s GloFouling Partnerships, will be held from 11 to 14 October 2022, at IMO headquarters in London, United Kingdom.

During 2020-2021, three lead partnering countries in the project (Indonesia, Jordan, Philippines) delivered training through national institutions and nine others plan to do so during 2022. All countries have completed national status assessment reports on biofouling management and established a national task force to lead action on biofouling.  A number of regional awareness seminars took place online. In 2022, regional task force meetings are planned in four regions, with a view to developing the first draft of regional strategies and action plans.

The project’s Global Industry Alliance (GIA) for Marine Biosafety was established and commissioned and completed a number of reports and studies during 2020-2021.

Despite the pandemic, awareness raising and training continued. During 2020-2021, some 7,000 people registered for 23 online webinars and more than 630 participants engaged in online training opportunities (workshops, seminars) conducted in lead partnering countries.  In addition, more than 500 people participated in national and regional policy development events.

Reports commissioned by the GIA included:

Future reports and guidance in progress include:

Last month, IMO and States in the Red Sea and Gulf of Aden region have begun developing a regional biofouling management strategy and action plan to prevent the transfer of invasive aquatic species.

What is more, as new requirements for managing biofouling on international vessels arriving in Australia will begin on 15 June 2022, more countries around the world have already established similar regulations to address the effects of biofouling.

For this reason. an animation video produced by the German Maritime and Hydrographic Agency who is one of the GloFouling strategic partners, explains the issue of invasive species and its link to biofouling and recreational boating in the Baltic Sea.