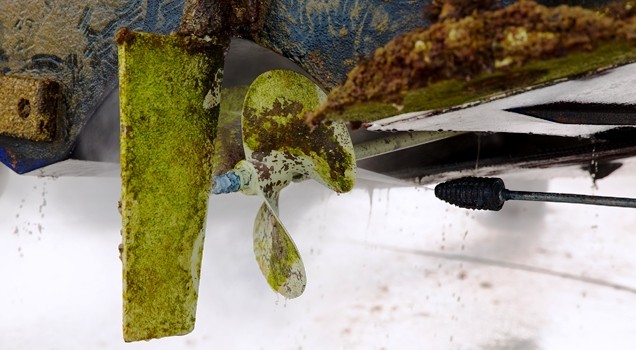 Environmentalists are calling on IMO to investigate the use of tin in silicone-based foul release systems and other ships hull coatings due to the increased concern for the re-emergence of organotin in marine hull coatings. While use of the organotin tributyltin (TBT) was outlawed as an active biocide almost ten years ago, IMO is claimed to “have left the door open” for tin as a catalyst, but according to some academics the amount of organotin used suggests it could be acting as the active agent.

While shipowners may have thought the use of organotins in marine hull coatings was completely outlawed in 2008 with the ban on tributyltin (TBT), they can still be used as a catalyst if organotin content does not exceed the allowable limit of 250mg/1kg of paint. Dibutyltin and dioctyltin are the organotins under most scrutiny.

The question is why organotins are being used as catalysts, when there are much safer chemicals available. Even small amounts of organotin leaching in to the sea can impact marine fauna in the same way as TBT.

Professor Daniel Rittschof, a specialist in barnacles and other arthropods at the Duke University in North Carolina, U.S.A., said that at very low levels, organotins alter enzymes that process steroids, which is why molluscs change sex and/or become behaviourally castrated. Therefore, the effects of dibutyltin and probably dioctyltin are similar to TBT.

Boud Van Rompay, chairman of Subsea Industries, the manufacturer of the Ecospeed hull coating system, stated that only a proper and independent investigation will determine whether some paints exceed the permitted levels. Therefore, he highlighted, it is important independent laboratories to assess the biofouling on hulls of silicone-based coatings, underwater or in drydock, to measure the levels of toxicity.