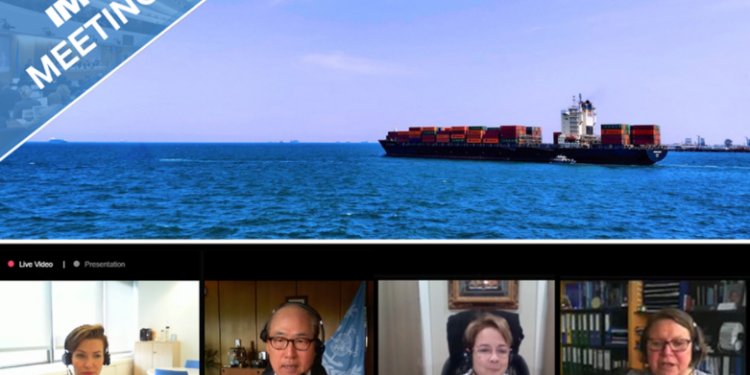 The foundations for the future development of a regulatory framework for Maritime Autonomous Surface Ships (MASS) will be laid at the 103rd session of IMO’s Maritime Safety Committee (MSC), held in remote session from 5 to 14 May 2021.

The Committee will consider the outcome of a regulatory scoping exercise on MASS carried out over the last couple of years and identify priorities for further work.

In addition to discussing the most appropriate ways of addressing MASS operations from the regulatory perspective, meeting attendees will also consider submissions relating to MASS trials.

According to IMO, MSC 103 will also explore the impact of the COVID-19 pandemic on shipping and seafarers. The Committee is expected to discuss a number of submissions, including a proposal for adoption of a resolution on prioritising seafarers for COVID-19 vaccination.

Another important item on the agenda is maritime security, including cyber security, piracy and armed robbery. The Committee is expected to discuss in particular the ongoing piracy problems in the Gulf of Guinea.

Fuel safety is also high on the agenda, with the Committee expected to establish a working group to examine issues including fuel flashpoint, blended fuels and fuel sampling and testing.

In response to the growing need for safer operation of domestic ferries, the Committee will be considering a set of draft model regulations on domestic ferry safety that can be incorporated into national law.

At the same time, the MSC will also consider a number of proposals for future work, including how to address the problem of containers lost at sea. The Committee will adopt a number of amendments to SOLAS and other instruments.

The session will also approve various sets of guidance and guidelines developed by the sub-committees.

For the record, the meeting was opened on 5th May 2021 by IMO Secretary-General Kitack Lim.

At the start of the session, Ms. Mayte Medina (United States) was elected Chair, following the resignation of the long-serving previous Chair, Mr. Brad Groves (Australia) at the end of last year. Mr. Theofilos Mozas (Greece) was elected as Vice Chair for 2021.

Concluding, during the opening of IMO’s Maritime Safety Committee, the Day of the Seafarer video message by the Secretary-General was officially launched. You may see the video herebelow: