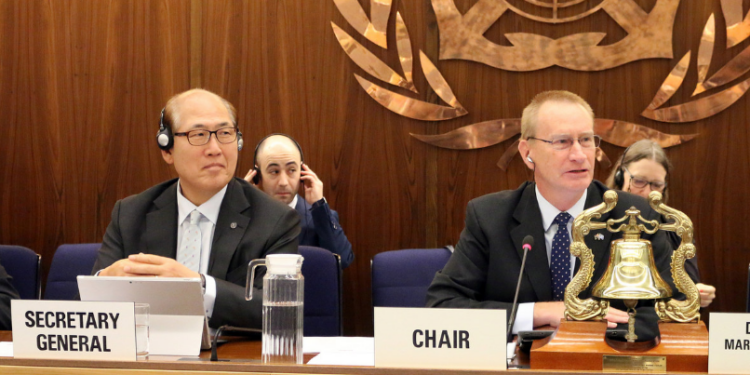 IMO MSC 100 considered a proposal that the issue of fuel oil safety, which is currently regulated under MAPROL Annex VI,  should be under MSC instead of MEPC, and possibly included into SOLAS.

Moreover MSC 100 concluded that it should a more robust stance against fuel safety issues. For this reason, it drafted the output: ‘Development of further measures to enhance the safety of ships relating to the use of fuel oil.’ This will be added on the MSC 101 agenda with completion date on 2021.

What is more, MSC 100 considered proposals that parties to MARPOL Annex VI should create bunker supplier licensing schemes, but MSC decided that MEPC should consider this issue.

In light of this, the Union of the Greek Shipowners (UGS) welcomed this decision, as it confirmed its exclusive competence regarding safety issues regarding the use of ships’ fuel oil.

We hope that both existing problems as well as any that may emanate from the new low sulphur marine fuels, which will be produced mainly through blending (fuel blends), will be addressed appropriately and effectively by the IMO MSC

The President of the UGS, Mr. Theodore Veniamis commented.

MSC 100 approved the revised guidelines on fatigue that were finalised at HTW 5. These include:

What is more, a panel with representatives from manufacturers, technology providers and the ITF-accredited representative to the IMO Branko Berlan. Mr. Berlan highlighted the crucial role of seafarers in preventing accidents and incidents.

Seafarers are ready for the future. The new autonomous technologies are not here today, tomorrow or next week. It will come as evolution, not revolution. Moreover, the maritime human element, in particular seafarers, are and will be indispensable

The panel discussion concluded that:

However, there was not a definitive conclusion and the discussions will continue at MSC 101, along with a proposal to establish appropriate guidance.