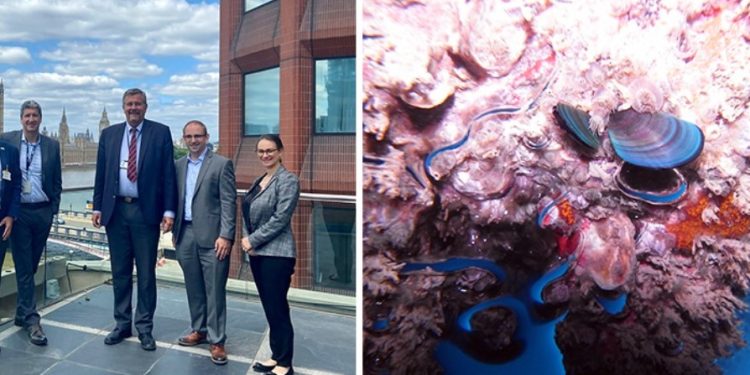 Raising awareness of and combatting ocean pollution caused by micro-plastics, bio-fouling, chemicals and macro-organisms were the focus of the most recent meeting of the IMO’s GloFouling Partnership Project’s Global Industry Alliance (GIA) for Marine Biosafety.

This trend in pollution could negatively impact the marine environment if it continues to grow, prompting the GIA to make this an area of future work.

Participants at the meeting also discussed the ongoing impact of ships’ biofouling on Greenhouse Gas Emissions (GHG), and the status of a short documentary video to increase awareness of good biofouling management.

Meeting attendees highlighted the need for greater participation by the ports sector in discussions about bio-fouling. As ports control in-water cleaning of ships on their premises, they are key players in biofouling management and would bring greater expertise and resources to the work of the GIA for Marine Biosafety.  Many of the topics discussed at the meeting will be in the spotlight at the second R&D Forum and Exhibition on Biofouling Prevention and Management for Maritime Industries, which will be held in London from 11-14 October 2022.

The GloFouling Partnerships is an international project led by the IMO to address the transfer of harmful aquatic species through biofouling in some of the developing regions of the world.

The GIA works as a platform to bring committed maritime leaders together to support IMO efforts to protect the marine biodiversity and decarbonize shipping. It currently consists of nine members (AkzoNobel, Cleansubsea, Ecosubsea, Hapag-Lloyd, HullWiper, KCC, SoniHull, SLM global and Tas Global) and one association with observer status: the International Association of Oil & Gas Producers (IOGP).