IMO issues circular on Carriage of Bauxite that may liquefy 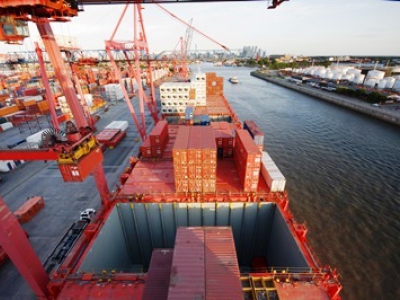 IMO has issued a circular approved by IMOs Sub-Committee on Carriage of Containers and Cargoes (CCC) meeting (14 to 18 September 2015) to advise masters when to accept cargo of bauxite.

The cargo of bauxite was declared as a Group C cargo under the International Maritime Solid Bulk Cargoes (IMSBC) Code. However, the Sub-Committee noted the information in the Bahamas document CCC 2/5/16 that loss of the vessel may have been caused by liquefaction of the cargo.

The Sub-Committee also considered proposals made by Australia and co-sponsors with respect to the properties of bauxite and the need for the cargoes material properties to be further examined in order to ensure that the cargo can be carried safely.

The Sub-Committee concluded that:

IMO advises Members to bring the above information to the attention of shippers, terminal operators, shipowners, ship operators, charterers, shipmasters and all other entities concerned, requesting that extreme care and appropriate action be taken, taking into account the provisions of relevant IMO instruments when handling and carrying bauxite in bulk