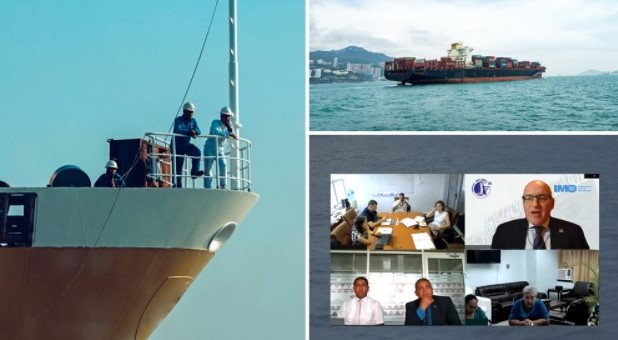 The concept of “hub” ports to receive, quarantine, test for COVID-19 and potentially vaccinate seafarers in the Pacific region was explored at a recent roundtable meeting.

Seafarers from Pacific island States experience lengthy journeys to return home when this has been arranged, showing the complexities of the crew change crisis.

Globally, there are currently some 400,000 seafarers needing to be repatriated from ships, having completed their contracted time at sea, with a similar number trying to join ships. Kiribati informed the meeting that more than 320 of  its seafarer nationals were currently stranded, mainly in Brazil, Denmark, Germany and Spain, with plans to repatriate them, in groups of 20, via Germany and Fiji.

COVID-19-free countries (Samoa and Tonga) require nationals to quarantine for 14 days in Fiji or New Zealand.
Transit and repatriation requirements, usually via indirect flights, include quarantine days and negative COVID test results before onboarding flights/entry into the country.

The meeting also identified the potential for hub ports in Australia (Brisbane), Fiji and New Zealand, and welcomed those countries’ willingness to help.

At the same time, limitations such as the need to book limited quarantine facilities in advance, short supply of medical resources, including PCR equipment and test kits, and the costs of repatriation were acknowledged, along with the need for priority vaccination for seafarers.

As of now, shipping industry bodies pointed out that the inability for seafarers to travel from their country to embark on their new ship under a new contract could mean that some nationalities of seafarers would find themselves out of work as shipowners would take on seafarers of other nationalities.