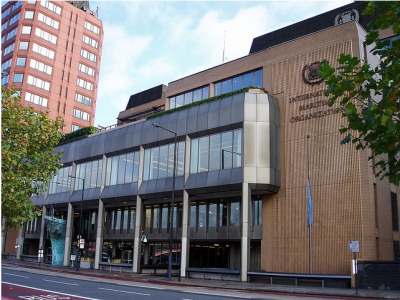 The IMO Council held its 112th Session (C112) from Monday 16 through Thursday 19 June 2014 under the Chairmanship of Mr J Lantz (USA) and his Vice Chair, Dr D Ntuli (SOUTH AFRICA). It will be recalled that the IMO Assembly (of all its 170 Member States) met at the end of last year and elected 40 of its constituent Member States to effectively act as its executive body until it assembles again in the customary 4 year cycle. The meeting was thus a first for the newly elected Council and much of what was discussed centred around the governance and good practices of the IMO under its Secretary-General, Mr Koji Sekimizu. Such minute detail will be of lesser interest to InterManager members but this short report seeks to highlight those areas which impinge more directly on our business, in particular, recommendations made by the various Committees to the Council.

The Risk Management Framework proposed by Germany, will only be applied to the Secretariat's Business Plan until such time as the Council agrees to revisit the issue. A fundamental review of the Strategic Plan will be conducted by an external consultant as proposed and financed by Canada under terms of reference agreed by Council. A correspondence group, co-ordinated by UK, was set up to examine proposed changes in respect of the Strategic Plan and the High-level Action Plan of the Organisation. The Secretary General undertook to keep Council informed of progress on the IMO website regarding the use of languages other than English and on sub-committee consolidation.

It was noted that 84 Member States have so far volunteered for audit, representing 50% of IMO membership; 67 audits have been conducted which included 59 Member States, 2 Associate Members, five dependent territories and a second audit of a Member State. The current voluntary status of the Audit Scheme will become mandatory in 2016 and in advance, the Council decided that of 3 options presented for composition of audit teams, 2 auditors would come from the Member State and 1 from the Secretariat, the latter adding consistency in the general conduct of such audits. .

1. The adoption of amendments to mandatory instruments

These included MARPOL (to make use of the III Code mandatory); the BCH Code; the IBC Code and the NOx Technical Code 2008.

Concerns expressed by the industry pertaining to the Guidelines for approval of ballast water management systems (G8) and other matters related to the implementation of the BWM Convention. The Secretariat will, as requested, explore the possibility of conducting a study on the ballast water performance standard described in regulation D-2.

The revised 'Methodology for information gathering and conduct of work' of the GESAMP-BWWG on Guidance on entry or re-entry of ships into exclusive operation within waters under the jurisdiction of a single party.

As at 24 April 2014, there were 39 Contracting States of the 2004 BWM Convention representing 30.24% of the world fleet gross tonnage. However, Turkey, Japan and Italy (also Argentina more recently) have indicated that they expect to ratify the Convention shortly. This additional tonnage of 3.95% would result in a total of 34.2%GT, still short of, but very close to, the required 35% for entry into force.

Progress made on the development of threshold values for hazardous materials to be listed in the Inventories of Hazardous Materials (IHM) for which the intersessional correspondence group has been re-established.

The significant progress achieved with regard to Guidelines on the Approved Method process, standard specification for shipboard incinerators and improved calculation of EEDI for new ships. Agreement made by MEPC to develop possible quality control measures prior to fuel oil being delivered to a ship.

Re-establishment of the CG on the assessment of availability of fuel oil required under regulation 14.8 of MARPOL Annex VI and development of a methodology to determine compliance with the standard set out in regulation 14.1.3 of MARPOL Annex VI. Establishment of an Ad Hoc Expert WG on Facilitation of Transfer of Technology for ships (AHEWG-TT) which will report to MEPC 67

Reduction of GHG emissions from ships

The third IMO Update Study for the GHG Emissions Estimate for International Shipping which is expected to be completed in time for consideration at MEPC 67.

Publication of a Manual on chemical pollution to address legal and administrative aspects through the IMO Publishing Service.

Approval of MEPC.1/Circ.834 which consolidates five preceding circulars related to port reception facilities into one instrument giving guidance to providers and users alike.

(1) STW 44. Approval of draft MSC-MEPC Circulars on Safety Management Certificates (due to lay-up) and safety when transferring persons at sea.

a) the evaluation of new products for inclusion in list 1 of the associated circular on categorisation of liquid substances;

b) the evaluation of trade-named mixtures presenting safety hazards for inclusion in list 2;

c) the evaluation of cargo tank cleaning additives found to meet the requirements of regulation 13.5.2 of MARPOL Annex II;

d) new text in Annex 10 of the MEPC.2 circular providing clarification on the use of cleaning products; and

(4) SDC 1. In respect of the development of a mandatory Polar Code, the Council took decisions as follows:

a) that applicability of the relevant MARPOL Annexes should be extended to part 11-A of the draft code; that operational requirements should be applied to new and existing ships; and that exemptions should be considered for additional structural requirements;

b) agreed to delete the goals and functional requirements from part 11-A leaving each chapter in that part to consist of prescriptive requirements only;

c) agreed the need for provision of adequate reception facilities in Arctic waters, but that this would not constitute a condition for implementation of the code;

d) agreed that compliance with the Code should be reflected in existing certificates, manuals and record books;

e) agreed to modifications concerning the use of non-toxic biodegradable lubricants or water-based systems for lubricated components located outside the underwater hull; and

(5) HTW. As no submissions have been received under this agenda item for two consecutive sessions, it will be struck from the MEPC agenda and HTW instructed to report future HE matters under the agenda item on Reports of Sub-Committees.

Report of the Legal Committee

Fair Treatment of Seafarers in the Event of a Maritime Accident

Following the survey commissioned by ITF and IFSMA, conducted by Seafarers' Rights International (SFI) concerning the implementation of the MLC 2006 Guidelines, the Legal Committee encouraged States which had not yet done so to provide relevant information to the sponsors of the survey; it was suggested to make use of the IMO Integrated Technical Cooperation Programme (ITCP). Further work by SFI will be reported to LEG 102.

Report of the Maritime Safety Committee

Finally, the Council noted with much concern the information provided by the delegations of ITALY, MALTA and the MARSHALL ISLANDS on the frequent occurrences of large numbers of people having to be rescued in the Mediterranean Sea and transported to places of safety.

The Council expressed its deep appreciation to the Government of Sweden and the City of Malmö for their continuing generous support of the University. This appreciation was also extended to Dr Bjorn Kjerfve, the outgoing WMU President for his outstanding services and success in educating so many maritime leaders of the future. The Secretary-General of IMO, Mr Koji Sekimizu, was reappointed as Chancellor of WMU for the two-year period from 1 July 2014 to 30 June 2016.

The Council noted the oral report by the Secretary-General regarding the annual report of the IMLI Governing Board on this, its twenty-fifth year anniversary and duly expressed sincere congratulations. A new Statute of IMLI, adopted by the Council at its 110th session and effective from 1 July 2013, stipulates that the Secretary-General shall be ex-officio Chairman of the Governing Board thus no longer subject to re-appointment.

The Council expressed appreciation to the littoral States of Indonesia, Malaysia and Singapore for the timely implementation of various components of the Cooperative Mechanism for the Straits of Malacca and Singapore. Council also welcomed the improvements to the piracy situation off the coast of Somalia and in the Indian Ocean. Note was taken of a three-year training plan to assist Somali legal capacity building in relation to maritime crime and steps taken towards the establishment of a coastguard / maritime police, as were the legal aspects of PCASP, the continuing infrastructure, training and mentoring focus of UNODC's prison corrections work in Somalia, also detention and human rights in the counter-piracy context. Concern was expressed for the innocent seafarers still in captivity, estimated to be 50, as well as the number of attacks and boardings of ships in the Gulf of Guinea. There were 9 such attacks outside coastal jurisdiction in 2012 also in 2013 and meanwhile Member Governments were invited by the Council to continue contributing to the IMO West and Central Africa Maritime Security Trust Fund whilst thanking Nigeria for its pledge in that respect.

The 2013 prize will be awarded to Dr José Eusebio Salgado y Salgardo, nominated by Mexico.

The Council endorsed the decision of the Panel of Judges to bestow the 2014 award on Captain Andreas Kristensen and the crew of M/V BRITANNIA SEAWAYS (DENMARK) for the display of courage, professionalism and dedication in fighting, at great risk and danger to themselves, a raging fire on board their ship, saving the lives of 32 people and preventing further damage to the ship and cargo thus avoiding a major marine pollution incident. Certificates or Letters of Commendation will also be awarded to other nominees as appropriate at the Awards ceremony which will be held at IMO on 17 November 2014.

Status of Conventions and Other Instruments

The Council welcomed the news that: