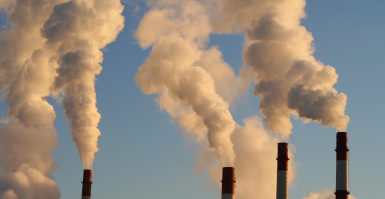 The International Maritime Organization is not taking the issue of the control of emissions of air pollutants from ships and the increasing need for international shipping to address greenhouse gases lightly.

The need for the international community to stress the importance of working collaboratively with a view to addressing the issue of climate change has become even more pronounced as a result of the fact that international shipping has become the lynchpin for global trade and has a role to play as part of a global response.

Technical officer at the office for the London Convention and Protocol and Ocean Affairs Marine Environment Division of the IMO, Fredrik Haag at a regional workshop on MARPOL ANNEX VI ship energy efficiency and technology transfer workshop  noted the issue of greenhouse emissions has become a really ''hot'' one at the IMO.

According to him, the workshop which is the first of its kind is an important part of efforts by the IMO to support developing countries.

Mr. Haag pointed out that the workshop which covered areas including energy efficiency measures for ships, identification of barriers for implementation of Annex VI in the region with particular regards to technology transfer among others would be replicated in three more regions, Asia, South America and the Mediterranean.

''The results will provide feedback to the ad-hoc expert working group on the facilitation of transfer for technology for ships which has been established by the IMO's marine environmental protection committee which is due to meet again in October'' he said.

The regional workshops Mr. Haag noted are an opportunity for progressive maritime administrations to benchmark themselves and assess their credibility, stressing that international shipping is under increasing scrutiny and so it was imperative that flag states demonstrate a clear willingness to fully implement international maritime regulations.

The three day workshop was put together by the IMO in collaboration with the Ghana Maritime Authority and saw participants from eleven countries across the region including Benin, Cape Verde, the Gambia, Liberia, Nigeria, Sao Tome and Principe, South Africa, Guinea Bissau, Equatorial Guinea and Ghana.

In the beginning, I was outspoken with you propecia before and after has changed my essence. It has become much more fun, and now I have to run. Just as it is incredible to sit.