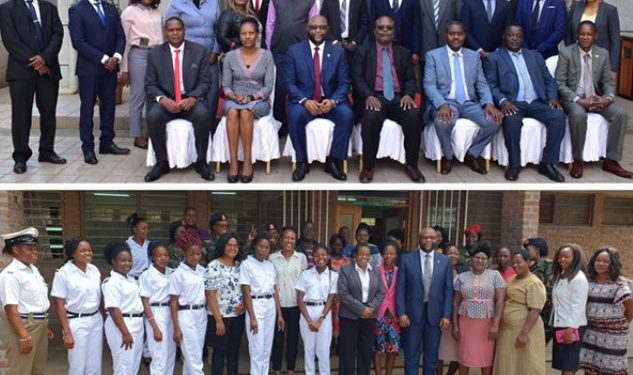 IMO has conducted a needs assessment mission to Malawi from 22 to 26 August, in order to assess and support the country’s maritime sector.

As well as identifying gaps in the Malawian maritime administration, the objectives of the mission were to make recommendations on the enactment of regulations to support and provide an oversight function to the marine college by the relevant government ministry – in line with the provisions of IMO’s International Convention on Standards of Training, Certification and Watchkeeping for Seafarers (STCW Convention).

The IMO team met senior government officials from the Ministries of Transport and Public Works; Foreign Affairs; and various key stakeholders including the marine college and other related government bodies.

The visit followed a request by the Malawian government for IMO to assist the country’s fledgling maritime sector with the necessary human and institutional capacity building to support the country in enhancing the operational efficiency of its maritime administration.

In line with IMO’s programme on Women in Maritime, the IMO team met with women from Malawi’s maritime sector with a view to encouraging and supporting them to establish a so-called ‘national chapter’.

This national chapter would then feed into the regional association of Women in Maritime in Eastern and Southern Africa (WOMESA) as an important platform for synergy and cross fertilization of ideas on issues relating to women in the maritime sector in the member countries.

Malawi is a landlocked country in southeastern Africa with no direct access to the sea but linked through land and rail corridors to Dar Es Salaam Port in the United Republic of Tanzania and Nacala Corridor in Mozambique.

However, Malawi has a navigable Lake Malawi stretching some 570 kilometers from the North to the South and some rivers on which both cargo and passenger vessels travel.