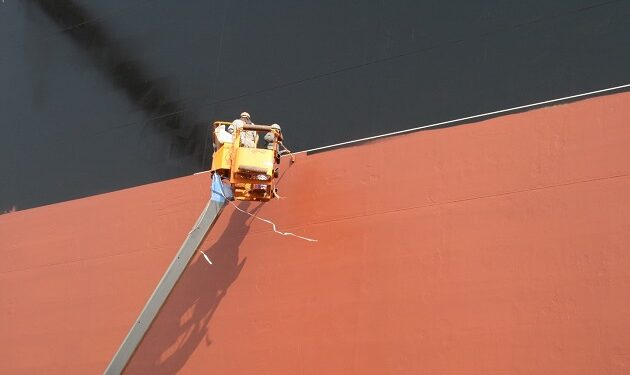 During the 76th session of the Maritime Environmental Protection Committee (MEPC 76), the IMO has banned the use of cybutryne in antifouling systems (AFS) from 1 January 2023.

Namely, IMO took this decision as studies have proven that the substance is harmful to a variety of marine organisms.

After the International Convention on the Control of Harmful Anti-Fouling Systems on Ships (AFS Convention) took effect in 2008, tributyltin (TBT) was removed from anti-fouling paints and replaced by several new biocides. One of these replacements was cybutryne which is used in hull paint to prevent biofouling growth.

In 2019, it was brought to the attention of the IMO that cybutryne is acutely and chronically toxic for a variety of marine organisms and in some respects even more harmful than TBT. The substance gathers in sediments and causes long-term effects on the marine environment. As such it should not be permitted.

Now, an anti-fouling system (AFS) works by leaching biocides from the top layer of paint throughout its lifetime, which is usually five years. Before the end of the AFS’ service life, it is reapplied to the ship.

In 2020, organisations and member states of the IMO carried out extensive research into cybutryne used in AFS.

Japan investigated the amount of cybutryne remaining in an AFS around the end of its service life. The samples taken from AFS near the end of their lifetimes showed very low concentrations of cybutryne:

According to the result of the analysis, it can be concluded that there would be almost no environmental benefit in requiring removal or sealer coatings for ships bearing an AFS containing cybutryne which is reaching or has passed the end of its service life. (PPR 7/6/4, Remaining amount of cybutryne in an anti-fouling system (AFS) by Japan)

Additional research carried out by the International Paint and Printing Ink Council (IPPIC) highlighted an important point regarding applying an AFS system using a different biocide other than cybutryne:

Furthermore, IMO adopted amendments to the AFS Convention regarding controls on cybutryne and the form of the International Anti-fouling System Certificate. The amendments will enter into force on 1 January 2023. From this date, the application or re-application of an AFS containing cybutryne will not be permitted.

Ships bearing an AFS that contains this substance in the external coating layer of their hulls or external parts or surfaces shall either:

This amendment applies to all ships except existing fixed and floating platforms, floating storage units, and floating production storage and offloading facilities that have been constructed and not been in dry-dock on or after 1 January 2023; ships not engaged in international voyages; and ships of less than 400 gross tonnage engaged in international voyages, if accepted by the coastal State(s).

The latter part applies to the next scheduled renewal of the AFS after 1 January 2023, but no later than 60 months following the last application of an AFS containing cybutryne to the ship.