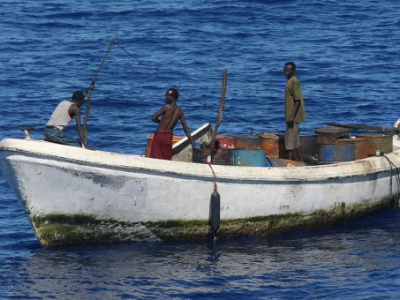 According to latest IMB piracy report

The Piracy Reporting Centre (PRC) of the International Chamber of Commerce (ICC) International Maritime Bureau (IMB) raises concerns over a worrying trend of small tanker hijacks in its 2014 half yearly report released this week.

In Southeast Asia, at least six known cases of coastal tankers being hijacked for their cargoes of diesel or gas oil have been reported since April this year, sparking fears of a new trend in pirate attacks in the area. Until then, the majority of attacks in the region had been on vessels, mainly at anchor, boarded for petty theft.

“The recent increase in the number of successful hijackings is a cause for concern,” stated IMB Director, Pottengal Mukundan. “These serious attacks have so far targeted small coastal tankers. We advise these vessels to maintain strict anti-piracy measures in these waters, and to report all attacks and suspicious approaches by small craft.”

Indonesia accounts for 47 of the reported incidents with vessels boarded in 40 reports. The overwhelming number of these incidents are low-level thefts against vessels. At Pulau Bintan, 18 incidents were reported, prompting the Indonesian Marine Police to add this port to the list of 10 areas where patrols have increased this year.

Off West Africa, 23 incidents have been reported, with Nigeria accounting for 10 of these reports. Four vessels were hijacked, including a product tanker taken off Ghana in early June and under the control of suspected Nigerian pirates for a week. Noting that Gulf of Guinea piracy was particularly violent, Mr Mukundan gave an example where a crewmember was killed and another injured during a shootout with armed pirates when they boarded a vessel off the coast of Nigeria at the end of April. A further three vessels came under fire from Nigerian pirates during this period.

The number of Somali pirate attacks continues to remain low with 10 incidents reported including three vessels fired upon. No vessels were boarded. However Mr Mukundan warned: “While we welcome the continued decline in the number of Somali incidents the risk of piracy has not completely diminished. Ship masters are reminded to remain vigilant and apply the Best Management Practices guidelines.”

Created by industry bodies with input from navies, the Best Management Practices assist masters in transiting the dangerous waters in the Gulf of Aden and off the coast of Somalia.

IMB offers the latest piracy reports free of charge. To request a PDF version of the report by email, please visit:http://www.icc-ccs.org/piracy-reporting-centre/request-piracy-report