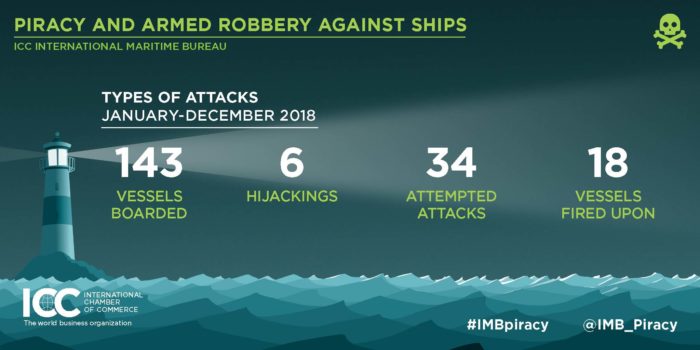 The International Chamber of Commerce’s International Maritime Bureau (IMB) issued its annual piracy report for 2018, confirming a rise in piracy figures on the world’s seas last year, and specially in West African waters. The IMB Piracy Reporting Centre (PRC) recorded a total of 201 incidents of piracy and armed robbery against ships worldwide in 2018, up from 180 in 2017.

As SAFETY4SEA has earlier reported, a special focus was given on Gulf of Guinea, which remains increasingly dangerous for seafarers.

Namely, IMB reports of attacks in waters between the Ivory Coast and the Democratic Republic of Congo more than doubled in 2018, accounting for all six hijackings worldwide, 13 of the 18 ships fired upon, 130 of the 141 hostages taken globally, and 78 of 83 seafarers kidnapped for ransom.

Additionally, the region saw a significant new spike in violence in the last quarter of 2018. Vessels have been boarded by pirates well outside territorial waters, with crew kidnapped and taken into Nigeria where they are held for ransom.

There is an urgent need for increased cooperation and sharing of intelligence between the Gulf of Guinea’s littoral states so that effective action can be taken against pirates, both at sea and on-shore where their operations originate and end. There has been some improvement in the estimated number of unreported attacks in 2018 but at around 48% there is still a long way to go, 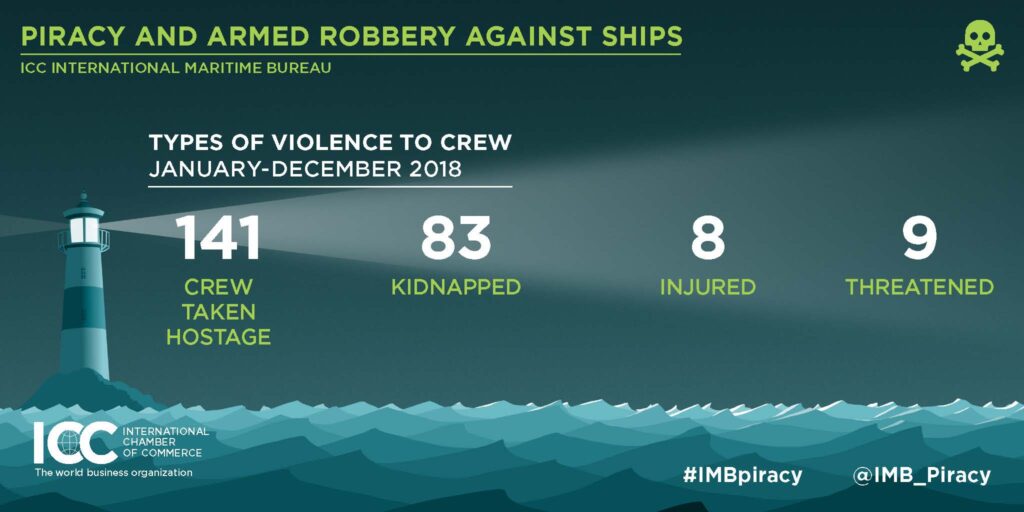 In the last three months of 2018, 41 kidnappings were recorded in waters off Nigeria alone:

These are just two recent examples of how armed criminals are reaching further out to sea and targeting a wider variety of ships: bulk carriers, container vessels and general cargo vessels in addition to local attacks on tankers, oil industry support vessels and fishing vessels. 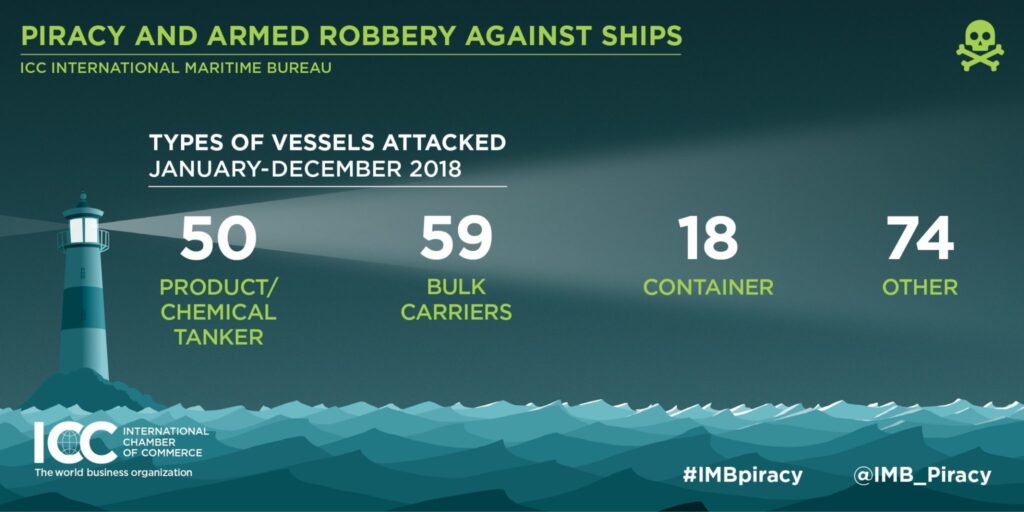 Although no ships were hijacked in the region, pirates fired upon a suezmax tanker in the Gulf of Aden, as well as a product tanker and a capesize bulk carrier more than three hundred miles from the Somali coastline.

IMB urges masters to continue to maintain high levels of vigilance when transiting these waters and to follow the latest BMP recommendations. This also highlights the requirement for the continued presence of the European Union and international navies around the Horn of Africa.

Patrols by the Indonesia Marine Police have seen the number of incidents drop for the third successive year. The majority of the 36 Indonesian reports were low level opportunistic thefts.

Six crew however were taken hostage and threatened, indicating the need to be vigilant.

Attacks off Sabah, eastern Malaysia, continue to be a cause of concern with five crew from two fishing boats reported as kidnapped.

Separately, four attackers in a speedboat fired on a tug, and the master was shot in the leg.

Ten incidents have been reported from the Philippine islands – down from 22 in 2017. Batangas anchorage accounts for five of these.

In one attack, suspected militants fired upon a general cargo ship. The prompt action of the crew and the Philippine Coast Guard ensured the vessel’s safety, although a crewmember was injured by gunfire.

IMB continues to urge shipmasters and owners and other maritime interests to report all actual, attempted and suspected piracy and armed robbery incidents to the IMB PRC. This first step in the response chain is vital to ensuring that adequate resources are allocated by authorities to tackle this crime. As an independent, non-commercial, and apolitical organization, IMB provides transparent statistics, which acts as a catalyst to achieve this goal. 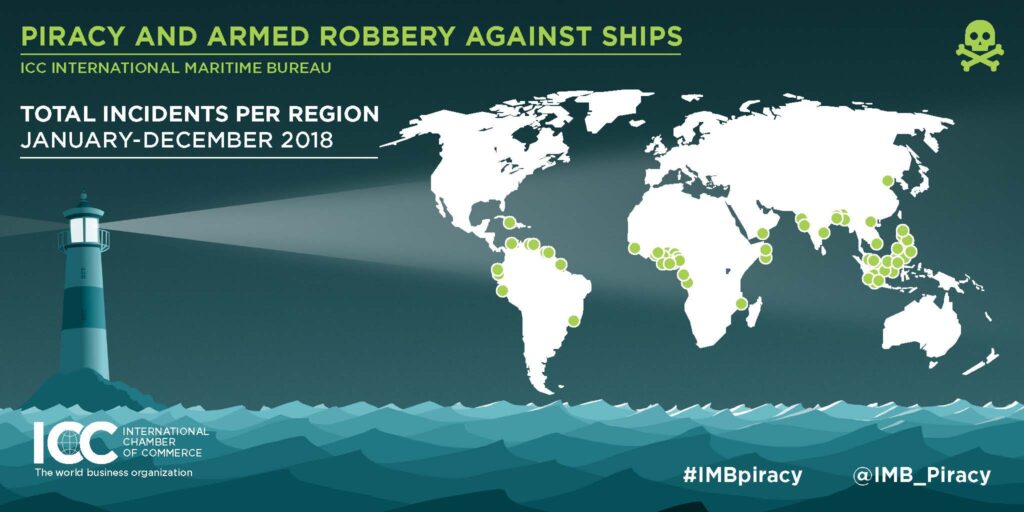