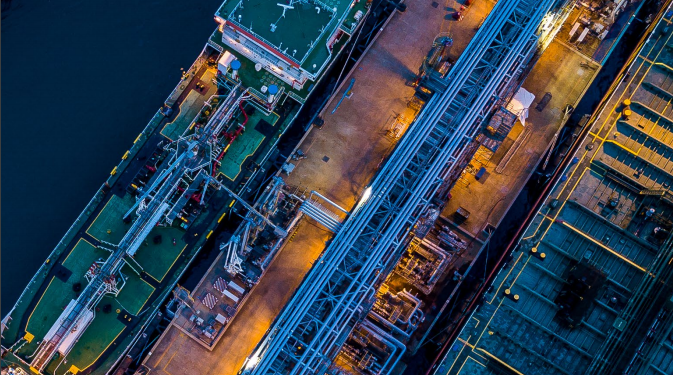 The International Group of P&I Clubs has published its Annual Review which provides an overview of the Group, key activities and areas of engagement.

As of August 2019, some of the key issues pinpointed by the IGPI are

Paul Jennings, Chairperson highlighted that 2019 “has seen the Group continuing to build on the initiatives launched over the last couple of years under the chairpersonship of Hugo Wynn-Williams to improve and optimize the way in which shipowners benefit from the strengths and opportunities inherent in the mutual club and Group system.”

It is said that some of the key features of 2019 for the Group clubs and their shipowner members include the increase in Group-entered tonnage, and a fifth consecutive year of savings in the cost of the Group reinsurance purchase, though more modest than in recent years, and with more risk being retained within the Group captive Hydra.

What is more, the decline in the annual world fleet tonnage growth has continued during 2019 and is now on a level with the growth rates seen in the early 2000’s. Despite this, there has been a further increase in the total entered Group tonnage during 2019. The average size of vessels entered in the Group clubs has increased by around 19% over the last five years to just under 21,000 GT.

In June 2019, building on the initiatives launched in 2017 and repeated in 2018, senior club managers held a further dedicated and externally facilitated Strategy review meeting in conjunction with the Group Managers meeting held in Gothenburg.

Now, the Group cannot afford to stand still and “must work hard to remain relevant to shipowner members and other industry stakeholders including through efforts to enhance safety and ensuring the sustainability of global shipping,” the Chairperson added.

In addition, despite the uncertainty generated by threatened trade wars, by Brexit and by the increased focus on international trade and maritime transport sanctions, the current predictions are that trade volumes will continue to grow during 2019 (2%) and 2020 (3.5%).

After dropping briefly below US$10,000 per day at the beginning of 2019, the ClarkSea Index rose steadily and with more vessels taken out of service for scrubber refits and escalating sanctions and trade tensions, some record spot rates have been seen in the tanker markets in October 2019.

Regarding Brexit, all 6 UK-regulated Group clubs have established corporate entities within various EU member states to enable them to provide continuity of service to their EU domiciled members post-Brexit. Similarly, those clubs which are not UK regulated, but which write business in the UK, have put in place measures to facilitate the continuation of such business after the departure date.

Nick Shaw, CEO, remarks that claims pooling has proven to be a very effective way of sharing risk across the clubs and the insurance market ensuring that owners can continue to trade in the knowledge that they have an insurance safety blanket to rely on. In this respect each club bears the initial US$10 million of each claim.

Then, for any claim in excess of US$10 million, the clubs come together to share the risk between US$10 million and US$100 million through pooling arrangements linked to each club’s previous record and the tonnage they have entered the Group each year.

As cover for the very largest claims, the Group collectively purchases reinsurance from the commercial market. In this way, not only are claims paid but also each club is able to survive even a very considerable hit on its individual reserves and reinsurance program.

The scale of the pool, and of the collective reinsurance purchase, both in breadth of cover and financial limits, has grown very significantly over the years in line with the increase in shipowners’ potential liabilities, including those arising under the International Maritime Conventions and regional liability regimes.

Through the pool, and supported by the collective reinsurance purchase, the Group clubs can offer the highest limits and broadest range of P&I cover to meet the needs of the global shipping community.

Several changes in the program structure were introduced for 2019/20, including the introduction of an Annual Aggregate Deductible (AAD) in the first layer of the GXL program, and changes in the attachment points of the upper layers of the program. There has been no change for 2019/20 in the individual club retention (US$10 million per claim).

Mike Salthouse, Chairperson, Sanctions Subcommittee outlines that sanctions regimes have become the foreign policy tool of choice for the purpose of exerting economic pressure on target countries; contributing to a more complex compliance environment within which shipowners and the Group clubs are expected to operate.

These legitimate shipping activities and the wider maritime services sector is at heightened risk of an inadvertent breach of sanctions legislation, and this has led to the adoption of more rigorous compliance protocols within the industry.

There is a perception among some policy makers at the multilateral and unilateral level, that industry could do more to mitigate the risk of sanctions evasion and identify these activities before they occur.

This increases expectations on clubs, who are now expected to develop and evolve their sanctions risk mitigation tools; this in turn raises the bar of expectation among State and supranational bodies. Notwithstanding these significant challenges, the Group clubs are committed to a policy of full compliance with all applicable sanctions’ legislation.

They also seek to interpret and guide their shipowner and charterer Members, so that lawful trade can continue in accordance with legislation that is often ambiguous and on occasions contradictory.

The Group has sought to address such contradictions by engaging with States and other agencies, to ensure that new legislation and the accompanying guidance enable shipowners to understand what is required by way of compliance.

It is added that the Group and many club managers have made significant efforts to engage key policy makers in these discussions and have participated in several high-level state and industry events.

Such engagement has allowed the Group to explore best practice in terms of compliance procedures, whilst at the same time explaining to policymakers and legislators the unintended consequences that can arise following the withdrawal of a vessel’s P&I insurance.

In this regard, it is concerning that significant operational difficulties can now be experienced by clubs when handling claims that are seen to present an enhanced risk of contravening sanctions.

Banks will refuse to handle transactions associated with some jurisdictions even where the transaction is in connection with a lawful trade or claim. In a similar vein, payment under the Group’s pooling arrangements and Excess of Loss contracts are now subjected to additional layers of scrutiny by reinsurer compliance teams.

Tony Paulson Chairperson, Pollution Subcommittee notes that the statistics continue to point towards a significant decrease in the number of large spills (>700 tonnes) over the last few decades and since 2010 is now averaging 1.9 per year.

The Group continues to work closely with the IMO and the International Oil Pollution Compensation Funds (IOPC Funds) to promote this international framework of Conventions and, as part of an ongoing outreach program to assist States on practical application of the Conventions, claims handling, assessment and admissibility of claims, has engaged in workshops with governments in Australasia, North and South America and the European Union over the course of the last twelve months.

The Group also recognizes that both the US and the People’s Republic of China (PRC) maintain their own compensation fund system for the payment of claims for oil pollution damage arising from the carriage of persistent oil by sea.

The system of compensation in both countries is also underpinned by Group club cover for the pollution liabilities of entered vessels within these jurisdictions. In order to cement the relationship between the Group and the Chinese Ship-source Oil Pollution Compensation Fund’ (the COPC Fund), the Group signed a Memorandum of Understanding in April 2019 with the COPC Fund that will enhance co-operation between the Group clubs and the Fund in the event of ship sourced pollution damage in Chinese waters.

In a similar vein, the Group is also working closely with the US National Oceanic and Atmospheric Administration (NOAA) to update the MoU signed between the Group and NOAA in 2007 to further co-operation between the Group clubs and NOAA and to promote expeditious and cost-effective restoration of injured natural resources and services resulting from ship-source oil spills in the US.

It is also said that the Group will be providing updated historical HNS claims data to the IMO in 2020 to assist States in their progress towards implementation. The framework of Conventions is built on the principles of strict liability, channeling of liability, rights of direct action against the provider of financial security and limitation of liability (along with shared liability within the (persistent) oil (as cargo) and HNS regimes).

When the Group approved the electronic bills of lading developed by Bolero and essDOCS, paperless trading systems and platforms were considered relatively novel concepts. Since then, the sophistication and security of such systems has leapt forward and it is now inconceivable that world trade and commerce would revert to its previous methods of doing business. In one way or another, computerized systems dominate the way in which global trade is facilitated, and shipping is a crucial component in this.

Bolero and essDOCS have been delivering electronic documents, bills of lading and other cargo related documentation to the shipping community for many years. More recently the Group has approved Global Share S.A.’s edoxOnline platform. In the past twelve months, several new electronic bills of lading providers have entered the market offering blockchain security and the promise of speedier, less bureaucratic systems to shipowners and counterparties in the maritime transport chain.

Blockchain-based systems are commonplace in commercial and trade activities and it seems inevitable that the paper bill will eventually be phased out to be replaced by web-based and computerized systems. Arguably, this will lead to greater levels of security and the scope for mis-delivery will diminish. The Group is committed to supporting systems that will deliver more effective, more secure and faster transacting between counterparties and which will ultimately lead to potentially significant costs savings for ship-owners.

However, the Group is also under an obligation to protect Members’ P&I cover arrangements and ensure that the use of such systems do not expose Members to liabilities that would not arise under a paper bill.

To explore more about the Annual Report, you can click on the PDF bellow. 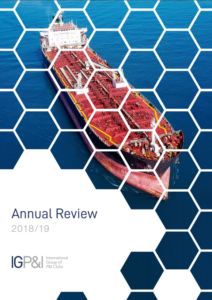