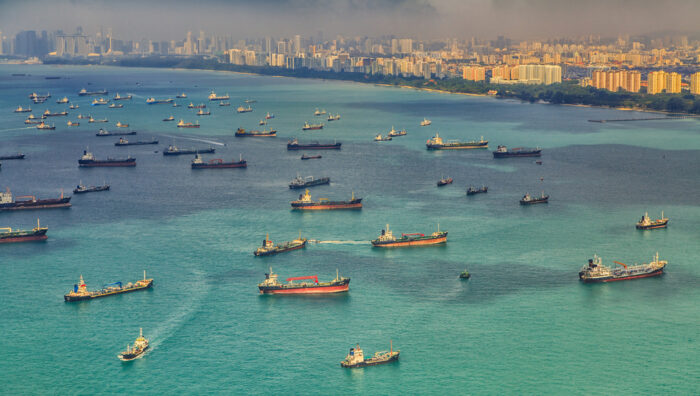 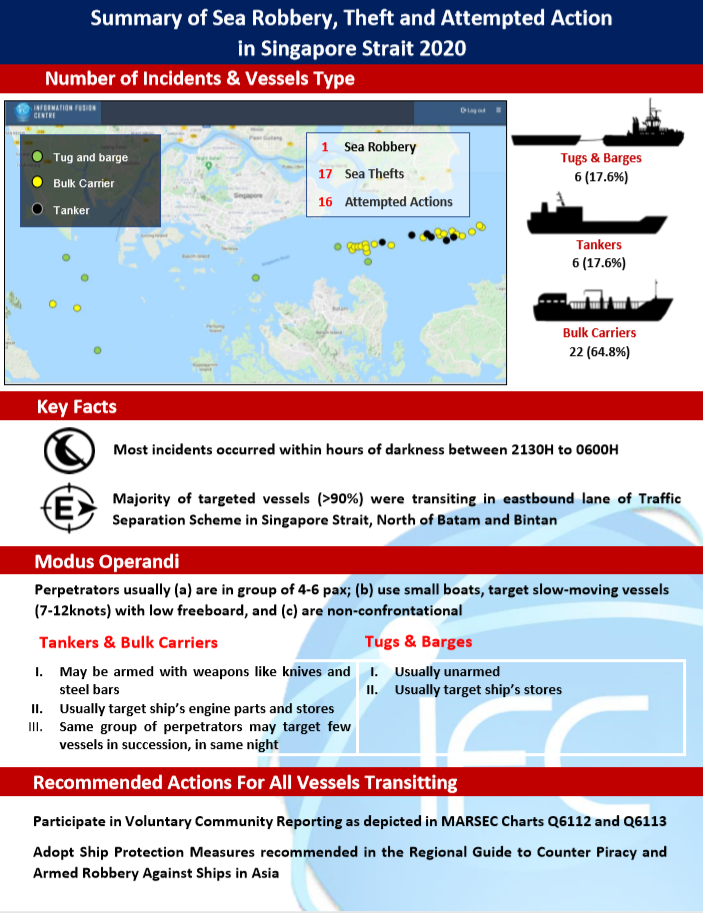 In 2020, IFC reports that they observed one sea robbery, 17 sea thefts and 16 attempted actions.

Key Facts of the incidents

According to the Fusion Centre, perpetrators usually

In addition, IFC proceeded to the notes herebelow, concerning the vessels that were used by the perpetrators.

Concluding, as in the previous IGs, IFC urges the industry to

Adopt Ship Protection Measures recommended in the Regional Guide to Counter Piracy and Armed Robbery Against Ships in Asia.