The Information Fusion Centre (IFC) published its half-yearly MARSEC report noting a total of 867 incidents across its area of interest, from January to June 2020. The number of piracy and robbery at sea (59) are higher compared to the incidents recorded in 2019 (35 incidents) and 2018 (53 incidents).

The report highlights that, in the coming months, the potential of sea theft and sea robbery incidents onboard anchored vessels remain likely in Belawan, Manila, Alang, Merak, Muara Berau and Chattogram anchorages; along and near the Sunda Strait, the Singapore Strait, the southern region of the South China Sea off the Malaysian peninsula, as well as further south in the Natuna Sea. 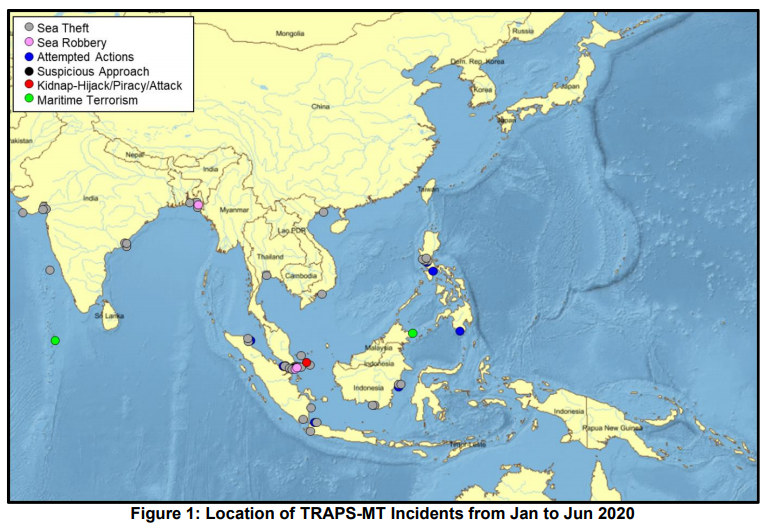 The incidents go as follows:

The 59 incidents were as follows: 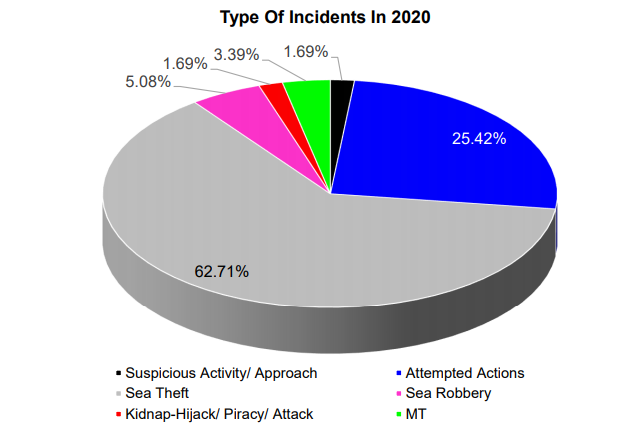 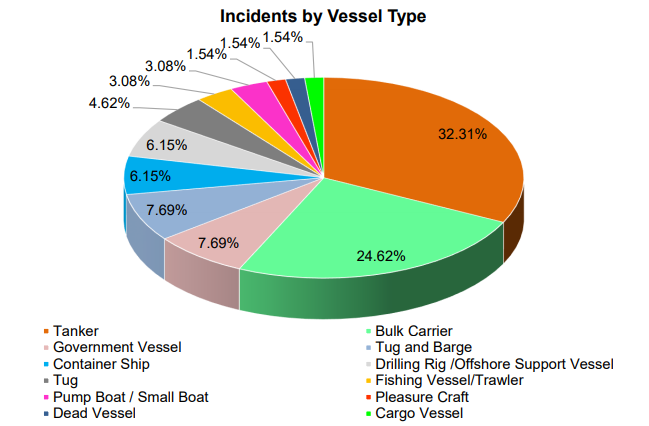 The IFC recommends all seafarers to remain vigilant especially in areas where the threat level is assessed to be significantly higher and to apply appropriate security measures. Ships are encouraged to provide reports on incidents and sightings of suspicious activities in a timely manner to the IFC and coastal authorities to ensure successful operational response. 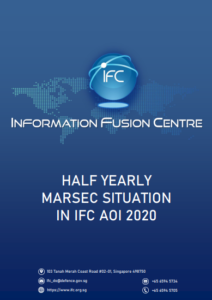