Singapore’s Information Fusion Centre (IFC) recently issued an analysis focused on the the first quarter of 2020 concerning the increasing tensions and attacks taking place in the Singapore Strait, while provided recommendations for ships sailing in the area.

In fact, IFC recorded a total of one Sea Roobbery, four Sea Thefts, three Attempted Actions, and one Suspicious Approach during January to March 2020. 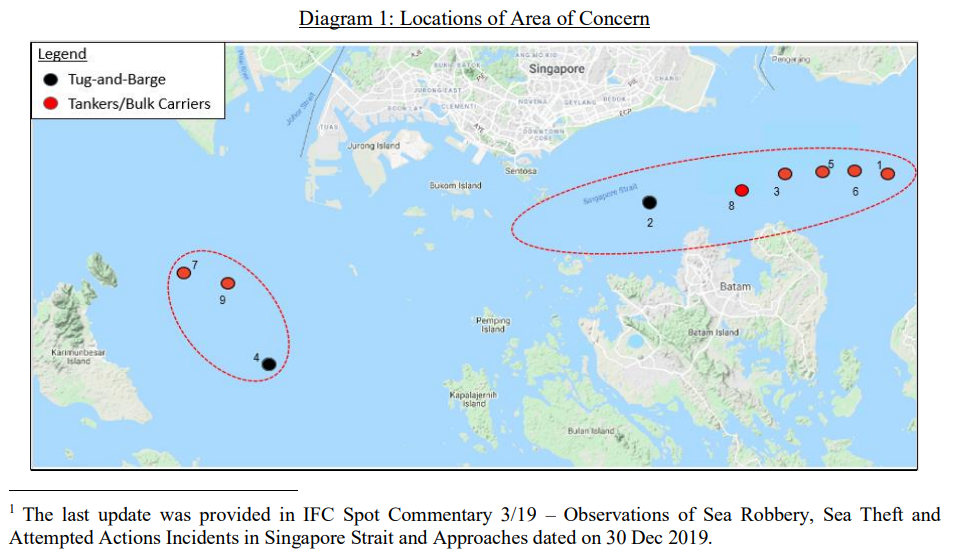 Incidents to the north of Batam:

Incidents to the east of Pulau Karimun:

While efforts and measures have been taken by the local authorities in the region to counter illegal activities, maintaining vigilance, adopting strong deterrence measures and timely reporting remain key to mitigating the risks of such incidents from proliferation. 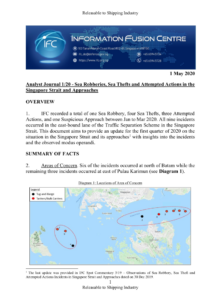