IEA: CO2 emissions from fossil fuel combustion grow by only 1% in 2022 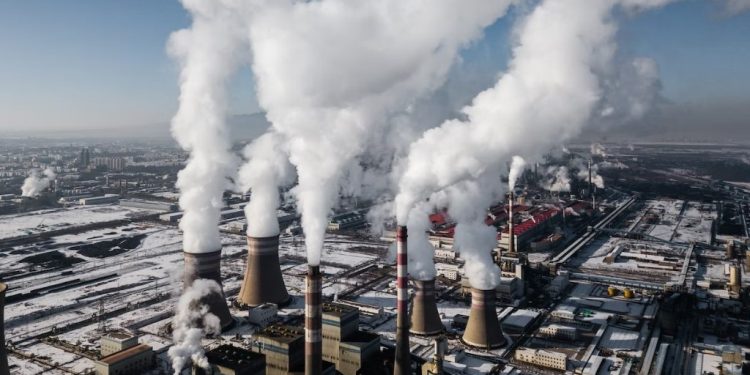 Thanks to record deployment of renewables and EVs, the CO2 intensity of the world’s energy supply is improving again after worsening in 2021 when the economy rebounded sharply, says IEA.

Despite concerns about the effects of the current energy crisis, global carbon dioxide (CO2) emissions from fossil fuel combustion are expected to grow by just under 1% this year, only a small fraction of their increase last year, as a strong expansion of renewables and electric vehicles prevents a much sharper rise.

This resulted from the rapid global recovery from the economic crisis triggered by the pandemic. This year’s increase is driven by power generation and by the aviation sector, as air travel rebounds from pandemic lows.

Even though the energy crisis sparked by Russia’s invasion of Ukraine has propped up global coal demand in 2022 by making natural gas far more expensive, the relatively small increase in coal emissions has been considerably outweighed by the expansion of renewables.

Global energy trends have also been affected this year by the impacts of Russia’s war on the world economy, which have significantly dampened expectations for economic growth, notably in Europe.

The combined result is that the CO2 intensity of the world’s energy supply is set to improve slightly in 2022, resuming a years-long trend of consistent improvement that was disrupted last year by the emissions-intensive economic recovery from the Covid crisis.

The global energy crisis triggered by Russia’s invasion of Ukraine has prompted a scramble by many countries to use other energy sources to replace the natural gas supplies that Russia has withheld from the market. The encouraging news is that solar and wind are filling much of the gap, with the uptick in coal appearing to be relatively small and temporary

Solar PV and wind are leading an increase in global renewable electricity generation in 2022 of more than 700 terawatt-hours (TWh), the largest annual rise on record. Without this increase, global CO2 emissions would be more than 600 million tonnes higher this year.

While electricity generation from both wind and solar PV is growing far more than any other source in 2022, coal is expected to post the next largest increase as some countries revert to coal use in response to soaring natural gas prices. In total, global CO2 emissions from coal-fired power generation are set to grow by more than 200 million tonnes, or 2%, this year, led by increases in Asia.

In addition, the European Union’s CO2 emissions are on course to decline this year despite an increase in coal emissions. The rise in European coal use is expected to be temporary, with a strong pipeline of new renewable projects forecast to add around 50 gigawatts of capacity in 2023. These additions would generate more electricity than the expected increase in coal-fired power generation in the EU in 2022.

In China, CO2 emissions are set to remain broadly flat this year, reflecting the mixture of different forces at work, including weaker economic growth, the impacts of drought on hydropower, and major deployments of solar and wind.

Demand for oil is also set to grow more than for any other fossil fuel in 2022, with oil-related CO2 emissions up by around 180 million tonnes. This has been driven largely by the transport sector as travel restrictions have been lifted and pre-pandemic commuting and travel patterns have resumed.