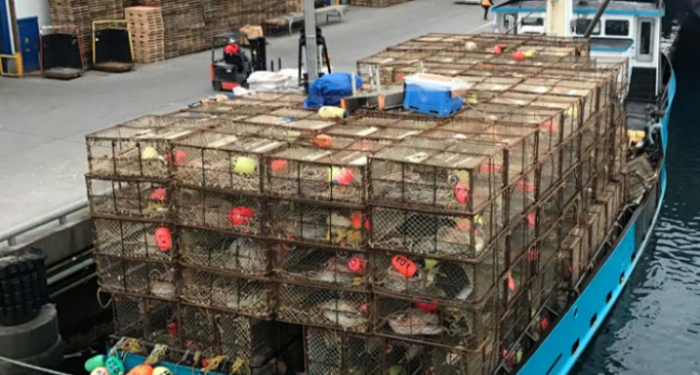 NTSB released a report on the sinking of the vessel ‘Destination’, which caused the death of six crewmembers. The 110-foot vessel sank while it was sailing in the Bering Strait, with NTSB determining that the most probable cause of the sinking was the accumulation of ice on the vessel and its fishing gear after experiencing forecasted heavy freezing spray conditions.

For 27 days – between January 8 and February 3, 2017 – the crewmembers of the Destination fished for cod near False Pass and Sanak Island, Alaska.

According to the Alaska Administrative Code (AAC), fishing vessels carrying crab pots in a Bering Sea fishery have to notify the US Coast Guard at least 24 hours before departing port for the fishing grounds.

Before arriving in Dutch Harbor, the captain of the ‘Destination’ notified the USCG via radio of the crew’s plans to depart Dutch Harbor. During the call, USCG offered to conduct an examination of the vessel called a stability and safety compliance check to ensure that it was not overloaded, but the captain declined. As the US Coast Guard officer recalled, the captain said that “if it wasn’t a requirement, then he didn’t want one.”

When questioned if he completed the examination for a previous fishery, the captain said that he did 4 months before, in October, and that he was currently carrying fewer pots. The 15 minute safety check would confirm that the number of pots did not exceed the number allowed in the stability instructions booklet.

On February 11, the ‘Destination’ approached the southwestern side of St. George Island. The vessel continued its course at an increase of speed from 7.8 to 9 knots, placing the western side of the island about 2.5 miles off its starboard side. Before the Destination passed Dalnoi Point, the northwestern tip of the island, it adjusted its course to 340 degrees for the voyage to St. Paul Island. The winds and seas were 23 knots and 8.4 feet high from the northeast on the starboard beam, nearly at a right angle to the vessel.

Just after leaving St. George Island, the Destination’s heading began to change dramatically approximately 2.6 miles northwest of St. George Island. Over the next 3 minutes, the vessel’s heading also changed drastically 256 degrees to starboard, as its speed reduced below 2 knots while traveling north 0.2 miles. During this time, the Destination likely capsized shortly before sinking.

No mayday call was received. However, a signal from the vessel’s emergency position-indicating radio beacon (EPIRB) alerted the US Coast Guard to the sinking. During search and rescue efforts, debris and an oil sheen were noted, but none of the six crewmembers were found and are they were presumed dead.

While the exact circumstances under which the accident took place are unknown because there were no survivors, no witnesses and no mayday call from the Destination, NTSB indicates the Destination quickly capsized and subsequently sank after an accumulation of ice on the vessel and its fishing gear after encountering forecasted heavy freezing spray conditions.

The NTSB also added that the probable cause for the sinking was the captain’s decision to proceed during heavy freezing spray conditions without making sure that the vessel had a margin of stability to withstand an accumulation of ice or without taking sufficient mitigating action to avoid or limit the effects of icing.

You can see more information about the accident, in the PDF below