IBIA: Industry’s CO2 proposal to IMO may be good compromise 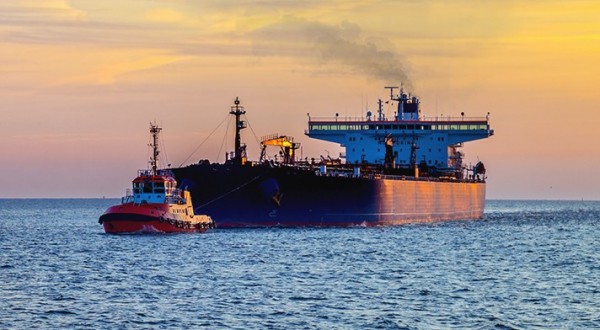 The International Bunker Industry Association (IBIA) issued a statement regarding the continuous pressure that is growing on the International Maritime Organization (IMO), to deliver specific commitments to reducing greenhouse gas emissions, with proposals set by the International Chamber of Shipping (ICS) and other shipping organisations.

In general, the GHG subject is one of the major priorities on the IMO’s agenda right now. The IMO agreed on a ‘roadmap’ for its strategy to control greenhouse gas emissions from international shipping, at the 70th meeting of its Marine Environment Protection Committee (MEPC 70), in October 2016, and it is expected to adopt this roadmap at MEPC 71 in July. The roadmap calls for an initial strategy to be adopted in the first half of 2018, which will be revised and firmed up in 2023, when the IMO should have sufficient data from its mandatory fuel consumption data collection, set to start in 2019, to make an informed decision.

According to IBIA, the proposal from ICS and other shipping organisations, announced by ICS last week, is very well thought out, as it would allow the IMO to report an initial ambition level for the global shipping sector to COP in 2018, in line with NDCs defined by countries. It also aligns with the IMO’s already adopted three-step process; starting with data collection, followed by data analysis, and then making policy decisions based on the data. This means any initial strategy adopted by IMO in 2018 will be reviewed as more information becomes available.

IBIA believes in finding pragmatic and practical solutions to pursuing policy aims at the IMO, and what has been set out by ICS and others looks like a good compromise between the divergent positions we have seen. It also shows major shipping organisations taking a proactive stance. The proposed targets of maintaining international shipping’s annual total CO2 emissions below 2008 levels, and reducing CO2 emissions per tonne-km as an average across international shipping by at least 50% by 2050 compared to 2008 are ambitious, but with the pace of change seen in efficiency improvements these days they may be achievable. Ambitious targets are needed to drive innovation. It remains to be seen if IMO member states agree with this level of ambition for the 2018 initial strategy.

IBIA also thinks there will be resistance to the proposal to define, by 2018, an agreed percentage to reduce shipping’s total annual CO2 emissions by 2050 as some will see this as a potential cap on international trade and development. Indeed, it is important to recognise shipping’s crucial role in world trade. The economic growth developing countries rely on to improve the standard of living for their populations would lead to an increase in shipping, so this could be a challenge.

But as ICS says in its press release, any objectives adopted by IMO must not imply any commitment to place a binding cap on the sector’s total CO2 emissions or on the CO2 emissions of individual ships. While this may look like a cop-out, it is in fact in line with the Paris Agreement.

The NDCs under the Paris Agreement are not binding either; there is only a requirement to take stock regularly to assess the collective progress. If progress is slow, the level of CO2 cuts that will be needed in the next round of targets will be more severe. The same would apply to global shipping if the sector is to contribute to the global effort to keep damaging climate change in check.

The picture will become clearer toward 2023, when the Paris Agreement will again take stock of progress and the IMO is due to adopt a final GHG strategy.

Of course, IBIA is aware that the implied impact on the bunker supply industry is that global sales volumes of petroleum-based bunker fuels will stagnate and, ultimately, decline.

At the moment, however, the bunker industry is more preoccupied with the 2020 question. How are we going to manage the transition from global shipping running mainly on high sulphur fuel oil, to fuels with no more than 0.50% sulphur from the start of 2020, apart from the share of the global fleet that has installed approved abatement technology prior to this deadline?

There is a parallel to the GHG question here, because the 0.50% sulphur limit will drive innovation to produce cost-effective compliant fuels and accelerate technology solutions. A requirement to reduce the carbon intensity of shipping will also drive innovation, initially in technology that improves energy efficiency and then in low-carbon and eventually carbon-neutral energy sources.