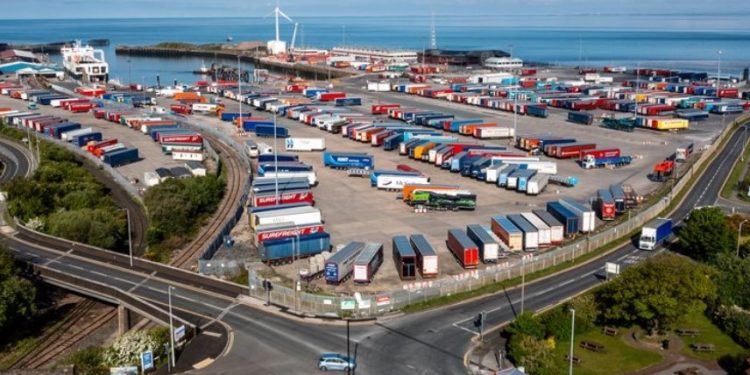 IAPH published a report to identify gaps in global port infrastructure and key actions to be taken with the World Bank in digitalization, decarbonization and resilience in the maritime sector.

In 2022, eight regional online workshops following the Chatham House rule and moderated by IAPH and World Bank staff gathered input on global port infrastructure gaps and how to deal with them. These were discussed further during eight regional meetings and the main program of the IAPH 2022 Conference. This report is a summary of that exercise.

The report mentions that the congestion in key global port hubs and the reduced efficiency in hinterland connectivity for inbound and outbound cargo resulting in consumer and industrial supply shortages has exposed the lack of long- term investment in port infrastructure.

Maritime ports face the unique challenges of being at the intersection of the seaborne maritime supply chain and the landside logistics chain involving complex interactions between public and private sector stakeholders; ports have the potential as enablers of digitalization to improve the competitiveness of both chains.

The key issue of cargo and passenger traceability accentuated by the pandemic has resulted in the awareness of a greater need to accelerate digitalization through the global supply chain.

While digitalization has reduced human interactions to minimize health risks, it has also exposed difficulties in achieving genuine data collaboration due to gaps in governance, global data standards adoption, low willingness to share data due to vested interests and a lack of data transparency between public and private entities.

Port authorities have the potential to act as ombudsmen between the various stakeholders to encourage data collaboration through the initial adoption of a maritime single window and the potential unification of port stakeholders’ interests in collaboratively sharing nautical administrative and operational data to reduce inefficiencies, increase supply chain fluidity and ultimately reduce vessel berth idle time.