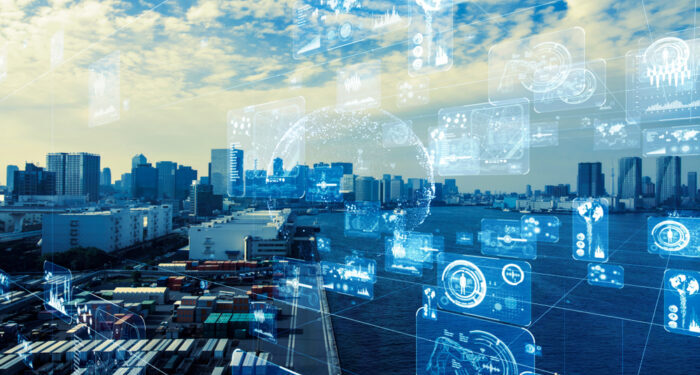 IAPH established a Data Collaboration Technical Committee which agreed four immediate concrete actions in order to support and assist ports in accelerating digitalization as part of the industry call to action.

Digitalization plays a crucial role in the shipping industry today, improving operations and aiming towards a safer and greener industry.

The four actions agreed are:

#1 Publication of results and submission report to IMO FAL 45 with the ambition to conceive a more permanent dashboard to track progress of ports with digitalization.

Since April 2019, the FAL Convention makes it mandatory for ships and ports to exchange FAL data electronically and encourages the use of the so-called “single window” concept, in which all the many agencies and authorities involved exchange data via a single point of contact.

The one working group focuses on cybersecurity, following the WPSP-IAPH White Paper released in June 2020 to ensure ports understand and correctly define cyber security, conduct a gap analysis and take a step-by-step approach towards cyber resilience.

The other will focus on automation following the report compiled with Port of Hamburg and Fraunhofer on autonomous vehicles’ impact on port infrastructure.

This will aim on the standardization of “one-to-many” data transmissions by the global community of approximately 9,000 ports and harbors with the 55,000 ships they currently serve. This includes work as endorser of the International Taskforce on Port Call Optimization.

Speaking during the Smart Ports “Piers of the Future” congress hosted by the Port of Barcelona, Deputy General Manager of the port and IAPH President Santiago Garcia Milà  stated that