IAPH: Cruise and passenger sectors remain the most impacted by COVID-19 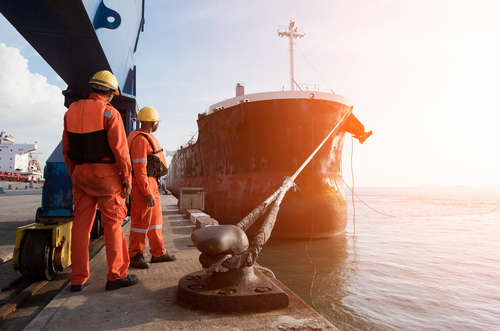 The latest IAPH-WPSP Port Economic Impact Barometer report has been launched, including the monitoring of the current situation in world ports and trends compared to previous weeks. 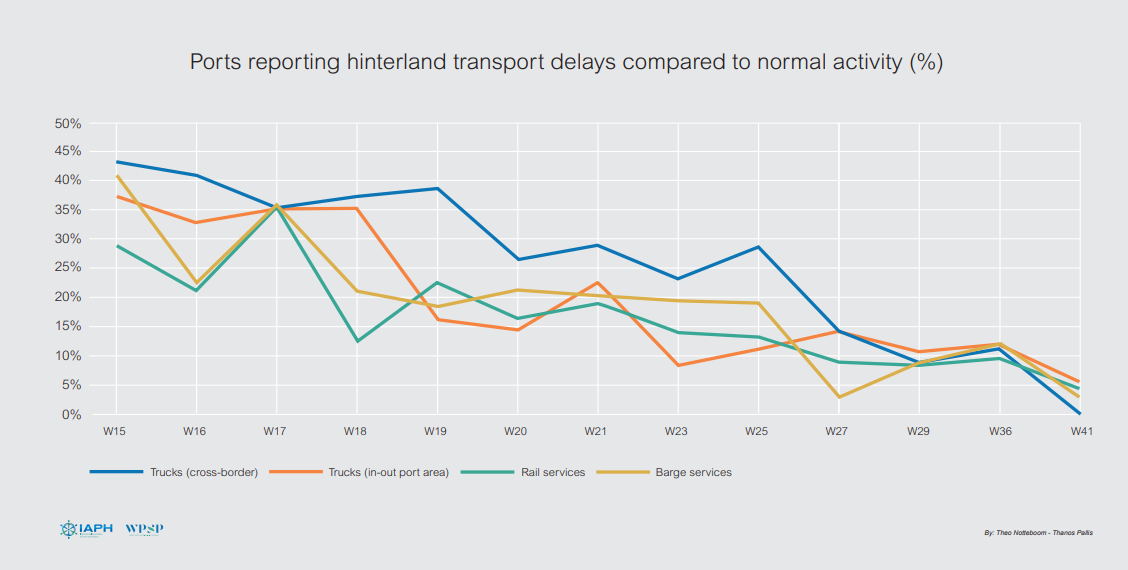 It is noticeable for the first time that delays for trucks at both gate and for cross border trade, inland barge operations and rail services have all fallen back to single digits. The number of ports reporting less container and cargo vessel calls compared to normal are, for the moment, holding steady at 35 and 40% respectively.

In addition, the cruise and passenger sectors remain the most heavily impacted with 51% of respondents in week 41 indicating that passenger vessel calls are down more than 50%, in many cases even down more than 90%.

Since late August, only a few cruise operators have resumed some cruise activity, albeit on a very small scale compared to normal activity levels. For some ports, this implies that cruise ship calls will no longer remain at almost zero levels.

The picture remains mixed with many ferry calls almost back to normal schedules but with fewer passengers onboard. Some ports testified that even though passenger vessel calls are at reasonably decent levels, the number of passengers is as low as minus seventy to minus eighty percent.

The current Barometer survey’s supplementary question asked ports on the status of their planned investments in environmental sustainability given the current situation with the pandemic.

Answering ports responded with a majority (45%) executing investments as planned.

Just under a third (32%) planned to execute them with a slight delay, whilst a not-insignificant 15% of investment projects have incurred major delays. 4% were actually being accelerated with 2% receiving additional funding and at two percent, only a very small percentage of environmental sustainability projects have been shelved.