In honor of December 10 marking the Human Rights Day, United Nations Women published an infographic presenting the women’s place, their abilities and the future awaiting.

-click on the image to fully open the infographic- 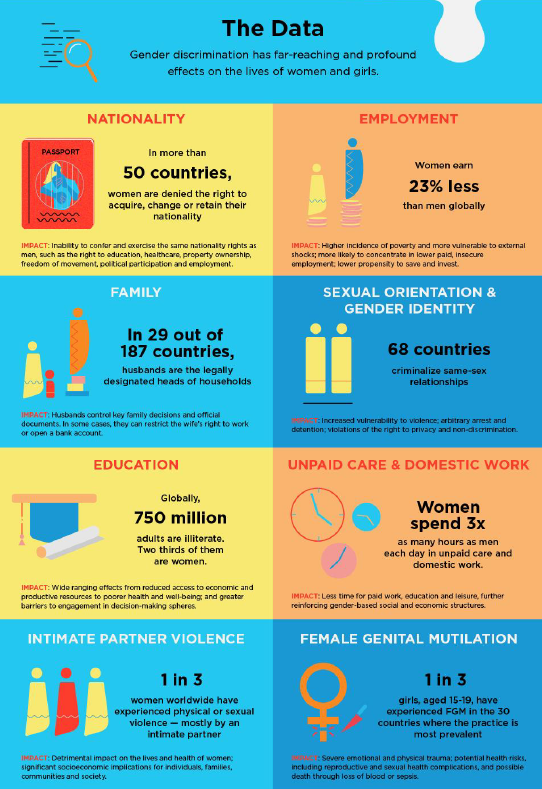 Women are entitled to the full and equal enjoyment of all their human rights and to be free from all forms of discrimination. Keeping in mind that the maritime sector is a male-dominant industry, women presence is a difficult achievement which in the last years becomes more established.

Supporting women, IMO adopted a resolution on "Preserving the Legacy of the World Maritime Theme for 2019 and achieving a Barrier-Free Working Environment for Women in the Maritime Sector", calling all stakeholders to endeavor a barrier-free maritime sector that will enable women to participate.

According to the infographic, 184 out of 194 countries guarantee equality between women and men in their Constitutions as of 2016; However, discrimination against women still exists and is mostly seen in areas: Laws and Policies; Social Norms and Practices and Gender based stereotypes.

When it comes to nationality, in more than 50 countries women are denied their right to acquire, change and retain their nationality, resulting to being unable to serve the same national rights as men, such as education, property ownership or employment.

Employment is a challenge, keeping in mind the gender pay gap, as in the 21st century women earn 23% less than men globally.

Education is another barrier, as 750 million adults on a global scale are illiterate with two thirds of them being women, which is because of economic factors and reduced access to productive resources to poorer health and wellbeing.