HullWiper to be used in Suez Canal 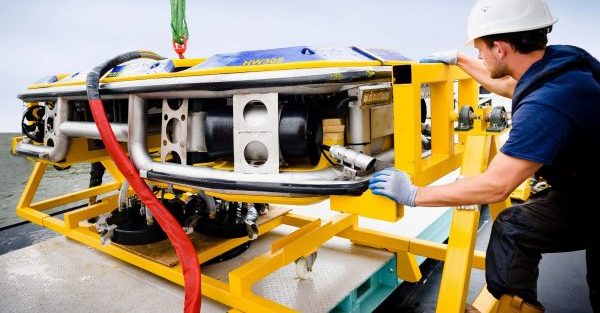 Hullwiper was launched in Dubai in December 2013, and operates in ports of Sweden, Singapore, Spain, Netherlands, Norway, United Arab Emirates and on an ad-hoc basis at other key locations in the Middle East.

HullWiper uses seawater under high pressure as a cleaning medium, thus minimising damage to the anti-fouling coating. This offers energy efficiency savings for ship owners, as well as reduced expenditure to recoat the hull. Furthermore, there is no risk to human life, as no divers are used and the operation can be performed alongside during loading or unloading, day or night.

Removed residues and harmful materials are collected in a special waste unit connected to the ROV for ecologically-approved disposal on land. Th ROV also aims to reduce the risk of cross-pollination of waters with alien species.

“With 60 vessels transiting the Suez Canal daily, the area represents an important market that can clearly benefit from HullWiper’s globally renowned, efficient, and environmentally friendly approach to hull cleaning. HullWiper is suitable for all commercial vessels, but segments we are especially looking to serve in Egypt include container vessels calling at the Ports of Said and Suez, as well as the increasing number of offshore marine service vessels operating in the Mediterranean and Gulf of Suez,” said Mohammed Badawi, Managing Director of GAC Egypt.

Hullwiper’s first hull cleaning of a cruise vessel has been completed in Copenhagen. The removal of marine fouling from the DFDS Group’s 2,800 DWT ‘Pearl Seaways’, which serves routes between Copenhagen and Oslo, marked the latest in more than 550 hull cleans carried out by the pioneering ROV worldwide.

The cleaning was realized using GAC EnvironHull’s diver- and brush-free HullWiper and it took just 7.5 hours to complete, whilst the ship was in dock at the Danish port.