HRAS: The problem of stowaways is not going to stop 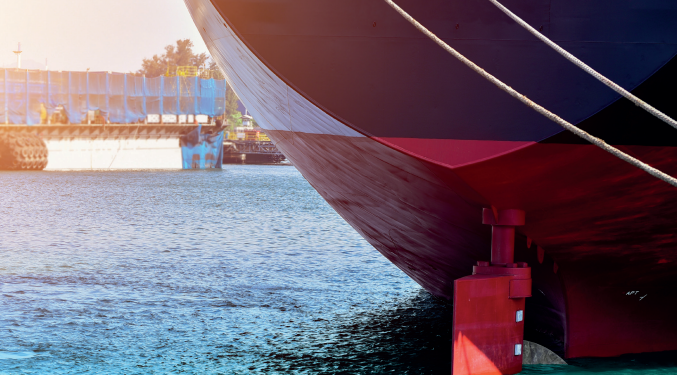 Human Rights at Sea issued an Insight Briefing Note focused on stowaways, looking at the background to incidents at sea, the drivers for individuals to take such risks and the human consequences.

Currently, stowaways continue to be found onboard commercial vessels causing disruption to the Master, crew, owner and the voyage.

At first instance, the intentions of a stowaway may well be unknown to those who locate and identify them.

As such, reasonable crew safety and security precautions must always be taken and it is vital to inform flag state, port(s) of transit and the port of destination that stowaways are onboard. Nonetheless, stowaways retain fundamental human rights and must be treated accordingly.

Humanity, care and provision of basic welfare support must be provided throughout the remaining voyage until the stowaways can be handed over to immigration authorities.

However, stowaways can become hostile thereby requiring deprivation of liberty measures to be taken if possible, although if this step is taken, it must be done so with care to avoid unnecessary force or harm whilst maintaining some degree of care and fundamental rights’ protections.

If this is not possible, then requesting external intervention through the flag, coastal or port state authorities may be necessary. Such intervention will be undertaken by professional law enforcement and/or military forces, to secure the vessel and crew.

As explained, throughout any incident, there remains the core requirement for crew to always act lawfully and with humanity. However, there is an increasing tendency for automatic demonisation of individuals due to the inconvenience of finding such individuals onboard, a fear of violence from the stowaways, their effect on commercial operations and the reluctance in some ports for local authorities to take responsibility for stowaways, thereby causing further delay and inconvenience.

Nevertheless, stowaways may well themselves be victims fleeing persecution, violence or poverty, and to assume that all stowaways are violent criminals undeserving of care and attention must not be the starting point.

As recently as the 9 February 2021, a stowaway incident off the coast of Dorset, UK, was publicly reported. The facts of the incident are yet to be confirmed at the time of writing, but it resulted in the arrest of seven individuals thought to be of Albanian nationality.

According to the report, the general trend is fewer cases of stowaways, but the consequential economic losses per case is steadily increasing.

In fact, many in the industry attribute the drop in the number of cases to the introduction of the International Ship and Port Facility Security Code (ISPS Code), 41 a set of measures passed to enhance the security of ships and port facilities and developed in response to the perceived threats to ships and port facilities in the wake of the September 11 attacks in the United States.

Overall, the problem of stowaways is not going to stop while vessels continue to transit oceans and coastal regions. The related issues of how they are perceived, legally and lawfully engaged with, challenged where necessary and supported in their basic humanitarian needs will therefore remain for the foreseeable future.

Assurance of access to and protection of their fundamental human rights remains a core requirement in addressing their situation in which they become part of the crews’, charterers’ and owners’ responsibility for howsoever long they may be onboard.