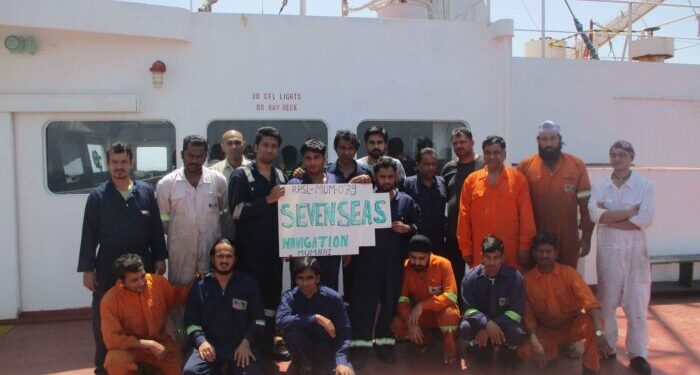 Human Rights at Sea (HRAS) and the Dominica Flag State Administration have raised their voice over the MV Gulf Sky which although was under arrest by a UAE Admiralty Law injuction, had left UAE waters. The Captain now confirmed that both crew and vessel are safe.

To better explain, the MV Gulf Sky and its crew was under arrest under a UAE Admiralty Law injunction and had been issued a Prohibition to Sail notice via the Commonwealth of Dominica while anchored off Port Khor Fakkan Anch.

However, the vessel had left UAE waters violating both the injunction and the prohibition to sail. The vessel’s AIS signal is unknown with the latest signal having been received eight days ago.

Now, HRAS tweeted that the captain of the vessel, Captain Singh, contacted HRAS by Whats App to say the Gulf Sky has been hijacked on 5/7/20 but all crew were safe and now home. HRAS added that the Captain will later on provide more information about the incident.

Following the the kidnap of 28 Indian seafarers in the evening of 5 July 2020 by unknown persons and their forced transfer to Iranian waters, resulting now 26 seafarers are being repatriated to India and two remaine in Tehran.

The Flag and HRAS notes that

In the past, Captain Singh, on behalf of himself and the crew, had contacted authorities seeking assistance, including Human Rights at Sea on 11 May 2020 resulting in the issuing of a case study on 27 May 2020, with follow-up reporting as to ongoing mediation on 2 June 2020 over crew wages and conditions onboard, which consequently saw a partnership between the flag and the charity established on 22 June 2020 to address the matter.