How to reduce the risk of liquefaction onboard 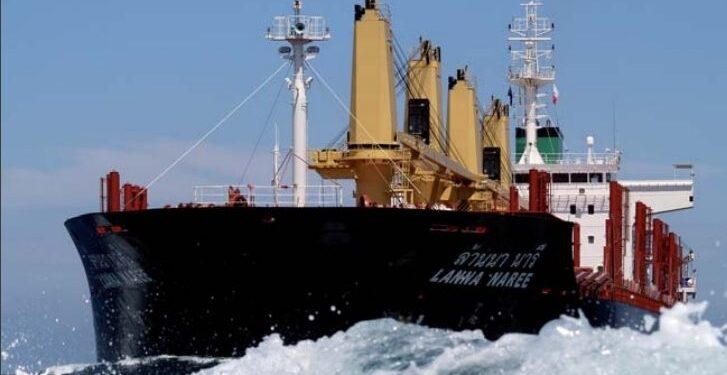 The London P&I Club has released a joint publication, in cooperation with TMC Marine and Bureau Veritas, to provide operational guidance for vessels that carry cargoes which may liquefy. The Club notes that, although significant progress on the issue has been made so far, the liquefaction phenomenon continues to be as relevant today in 2017.

While the main requirements for the safe carriage of solid bulk cargoes are enshrined in the IMSBC Code, this booklet outlines the precautions operators should take before accepting cargoes for shipment and the procedures they should follow for the safe loading and carriage of the nominated cargo.

In addition, operators still need to consult the Code to check whether the cargo you are about to carry or carrying complies fully with the Code. Please note that the IMSBC Code is mandatory under the provisions of the SOLAS Convention. However, some parts of the Code continue to be recommendatory or informative and therefore in the context of the language of the Code, the words “shall”, “should” and “may”, when used in the Code, should be taken to mean that the relevant provisions are “mandatory”, “recommendatory” and “optional”, respectively.

The report features some  safety gudelines needed before and during loading.

Prior to the commencement of loading the master should satisfy himself and confirm that:

The following should also be carried out by the shipper and the master:

It is a master’s responsibility to ensure that his/her vessel is safely loaded. If a shipper’s declaration has not been provided and has not been forthcoming, then the master should not start loading and immediately notify the vessel’s owners.

If during loading the master has reason to suspect that the MC is in excess of the TML, he/she should stop loading the cargo and inform the owners. The master may issue a ‘Letter of Protest’ and seek further advice from the P&I Club.

Further information may be found by reading the full guide: