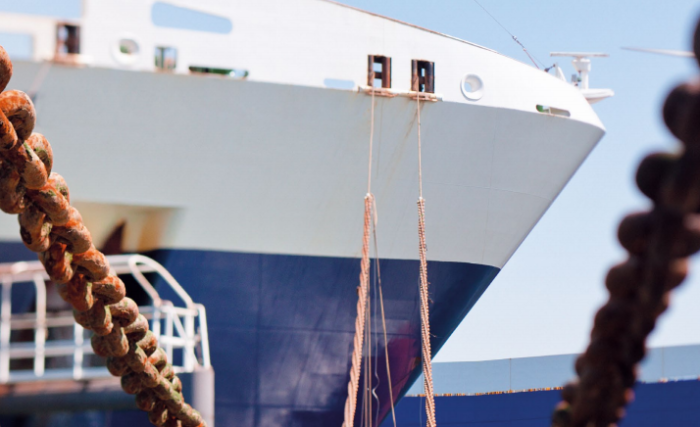 How to prevent and tackle fire onboard ferries

As fire on board is one of the most dangerous situations that crewmembers can face, the Standard Club has proposed certain practices, aiming to promote better fire safety, and raise awareness of fire risks in general and fire risks on ferries in particular.

A fire is one of the most frightening things that can happen at sea, while many times seafarers have no easy access to the emergency services when a fire occurs. In this case, they need to rely on their own resources, courage and training to extinguish the blaze fast, and ensure the safety of the ship and everyone on board.

Ferries in particular, have special risks from the cargo they carry, such as cars, lorries and refrigerated containers. This cargo has combustible material and their own fire dangers, something which a ship’s crew cannot easily control.

Despite the fact that great attention is paid to fire safety during ferry design and construction, fires take place and when they do, they can spread very quickly. For this reason, it is crucial for the ships’ crews to react quickly to the early signs of any fire and use all available equipment and methodologies in the most efficient and effective way.

To achieve this, ships’ crews must have a thorough understanding of the use and limitations of the fire detection/ extinguishing equipment available to them as well as a good knowledge of how these should be used, Standard Club says.

There are several causes of fire but the most relevant to ferries are:

A ship’s crew can assess fire risk from the ship’s systems and equipment, and take action, but they cannot easily assess fire risk from vehicles. Vehicles have the same or greater fire risk as the ship itself. Namely, they have fuel, cellulosic material and plastics, while faults with their electrical systems are a major source of ignition.

Moreover, during a fire patrol special attention must be given to vehicles with operating fans (after loading), those with a large volume of cellulose material and any smelling of fuel. These vehicles must be reported to the safety officer.

Fire is extinguished by removing any of the three elements of the fire triangle - heat, oxygen or fuel:

Another important factor to consider is that the crew must never enter an enclosed space where a fire has burned without wearing a fireman’s outfit or breathing apparatus, unless the space has cooled and the oxygen content has been verified as safe to enter.

Fire can be caused by a deliberate act. However, most fires are caused by accidental ignition. Some of the most common sources of ignition on ferries are:

In addition, fire can spread within a compartment and through openings by the motion of hot gas and the emission of heat energy. A ship’s metal structure readily enables fire to spread, from the compartment containing the fire to an adjacent compartment, by direct transfer of heat through the material.

Doors left open, missing or damaged insulation are the main reasons why a fire will spread from its place of origin. Care should be taken to ensure fire doors are closed and structural fire protection is maintained in good condition throughout the life of the ferry

The Safety of Life at Sea Convention (SOLAS) mandates that ferries are built with structural boundaries to prevent the spread of fire from one compartment to another. This is achieved by providing means of sealing openings, controlling and isolating ventilation, and by equipping thermal insulation on steel decks and bulkheads.

Find more details on how to prevent and tackle fire on board, in the following PDF 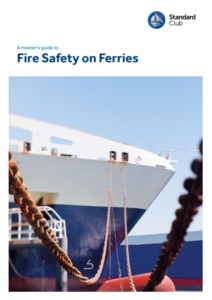