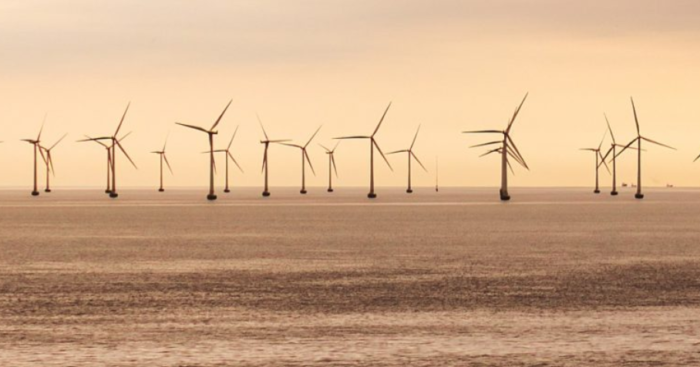 A cooperation of companies within the maritime and wind turbine industry is able to give the solution that can provide the world fleet with a climate friendly marine fuel. This would be a marine fuel that does not release any carbon dioxides, sulphur oxides or soot particles.

As the Global Maritime Forum notes, decarbonisation can be achieved with the use of electro fuels. These fuels can be competitive with fossil fuels, because of a recent price fall of electricity from wind turbines and solar power.

Namely, renewable electricity from wind turbines or solar power will be driving the process of creating a green electro fuel. This can be formed when hydrogen is coupled with nitrogen, creating ammonia, which can be used as fuel with only a few modifications. In fact, ammonia emits only water and air, and no NOX, SOX or CO2.

Ammonia can have many, while it is also produced in huge quantities for fertilizer.  This gives the industry the necessary knowledge and experience in handling the fuel. However, a drawback would be the fact that the energy density of ammonia is only half in comparison to diesel bunker fuel. As a result, it needs twice the tank-volume to make the same nautical distance reach.

Today, what is missing to bridge the cost gap between fossil fuels and electro fuel is the mass production and industrialization of the wind turbine industry. With the amount of electro fuel necessary for the shipping industry as a demand driver, true industrial scale wind power will have to become a reality.

The fact is that the price of offshore wind has already been reduced in half over the last 5 years, but there are still many ways to further reduce the costs. In addition to the cost reduction in electrical infrastructure, the industry can achieve savings in civil infrastructure, something that could reduce the price of offshore jacket foundations to half.

Regarding IMO's goal for achieving a 50% reduction in carbon emissions from shipping, the Global Maritime Forum notes that this can be met well before 2050 by switching to ammonia. Until the scale of the wind power industry is in place, the change to 100% green ammonia fuel could be achieved by using ammonia produced by natural gas and using carbon capture storage. This would produce 'blue ammonia', minimizing the gap until the production of 100% 'green ammonia'.

Another way to achieve total decarbonization, would be a mix of ammonia and low sulphur marine diesel in increasing rations. This will be in place until the creation of a supply chain driven by 100% renewable energy ammonia and would be enough to fuel the global shipping fleet.