In collaboration with the Kontinentalist, Stable Seas have released ‘Troubled waters: piracy and maritime security in Southeast Asia’. This is an interactive experience on how piracy and armed robbery affect the safety of waterways.

Crimes at sea take on many forms, as they can range from robbery, to kidnapping for ransom and hijacking on the other end.

The majority of incidents in Asia are defined as ‘armed robberies at sea’ and not piracy. The United Nations Convention on the Law of the Sea (UNCLOS) defines piracy as illegal acts that are committed “in a place outside the jurisdiction of any State.” As for the IMO, it defines armed robbery as any act, other than piracy, which is directed against a ship that is within a State’s jurisdiction. Pirate attacks take place on high seas, while armed robberies happen within the territorial waters of a country.

To tackle piracy, Singapore, Malaysia, Indonesia and Thailand initiated the Malacca Straits Patrol (MSP) in 2006. While rivalries persist, the efforts have paid off, as a decline in incidences across Southeast Asia has been reported, because of better law enforcement.

Nevertheless, new types of crimes may have occurred. High-value tankers can be targets if cyber criminals receive information from company servers, or if ship officials are complicit and give up information to pirates about the ship’s position or the cargo on board. What is more, insurance fraud is common, with vessels submitting fake reports of attacks to get insurance pay-outs.

In 2018, from a total of 98 incidents in Asia, four were acts of ‘piracy’. “Armed robberies at sea” are the majority of incidents, as they often take place when ships are either at anchor or underway from a port, in territorial waters.

In ports like Chittagong, Bangladesh, port congestion also leads to  robberies. As ships have to wait for days or weeks to offload at port, a complacent crew is not prepared well for robbers who are ready to board and rob the ship. In fact, in 2018, 56 fishermen were kidnapped in four incidents.

However, the real threat lies at Sulu & Celebes Seas. Despite the fact that piracy and armed robbery of ships are declining in Asia, the threat of kidnapping for ransom and hijackings persists. 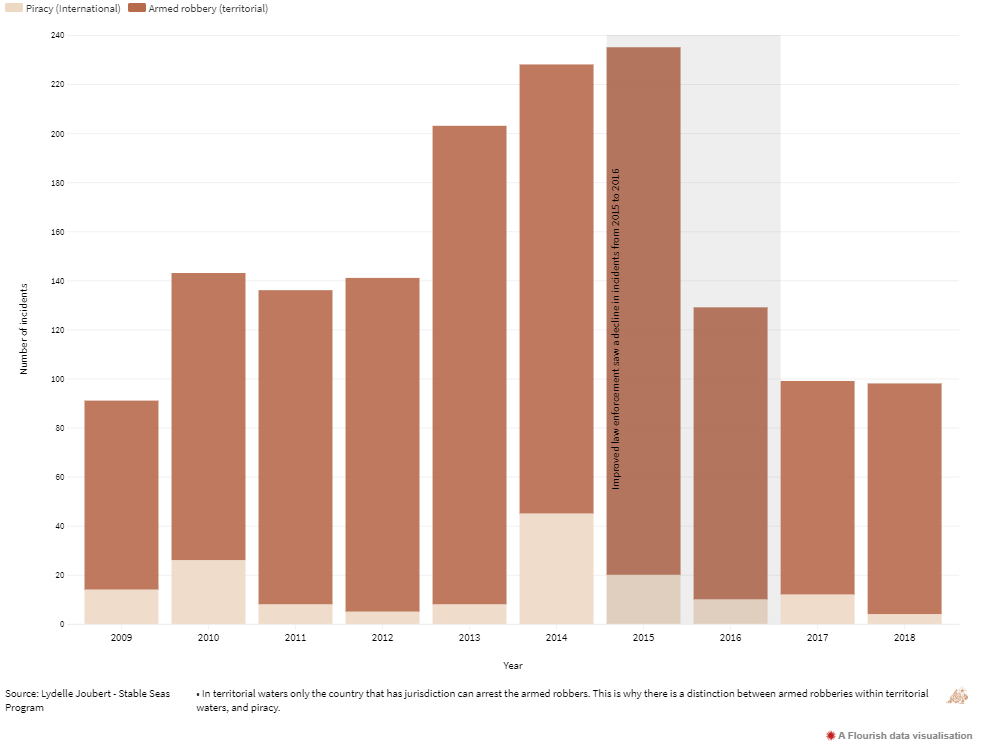 In Southeast Asia, maritime terrorism by violent non-state actors, mainly takes place in the Sulu and Celebes Seas, with Abu Sayyaf Group (ASG) considered as the main perpetrator. According to Kontinentalist, this is an Islamist separatist organization, fighting for an independent Muslim state in southern Philippines.

Another factor to consider, is that maritime insecurity does not happen in a void. Namely, in Southeast Asia, pirates and armed robbers live in an area that is full on natural resources and much of it is in the blue depths of Asia’s oceans and seas.

However, economic development in this region has left millions behind. Instead of coastal communities thriving, they experience poverty and environmental degradation. Specifically, almost 85% of the global population working in fisheries and aquaculture is located in Asia. But Asia’s waters are overfished, and the persisting Illegal, Unregulated and Unreported (IUU) fishing in disputed areas like the South China Sea, damages the populations depending on these waters for their livelihoods.

The Strait of Malacca skirts along these provinces and the pirates here are often just young, idle and poor. Others migrate to special economic zones in Batam and Riau Islands, hoping to get jobs, but end up in pelabuhan tikus (rat harbours), and struggle to make ends meet. Pirates in such situations are often a “Robin Hood” figure: a seasoned fisherman who raids ships with a small crew and uses the money to build mosques for the local kampung 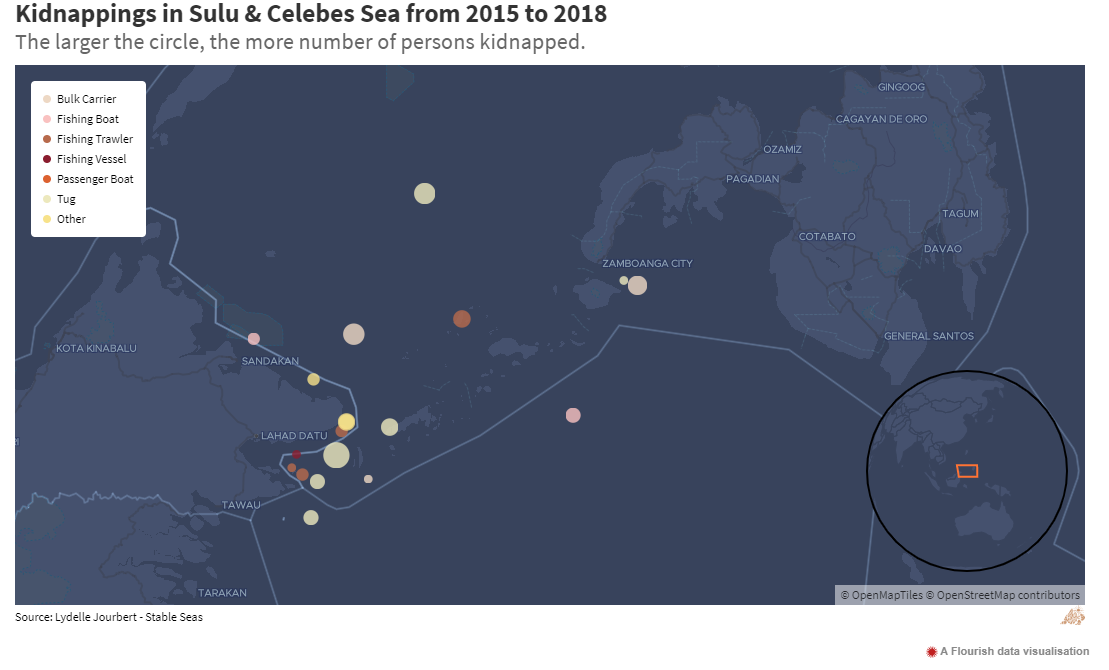