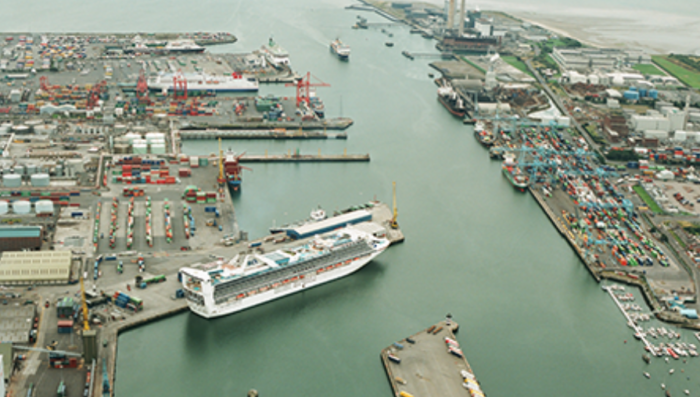 How is Dublin Port preparing for a no-deal Brexit

According to local sources, new figures show continued strong growth at Dublin Port this year, with total throughput — in terms of cargo volumes — up 4.7% on a year-on-year basis in the first nine months to 28.4 million gross tonnes.

However, while total passenger numbers rose 3.3%, there was a 0.6% drop in ferry passengers and a 1.5% decline in tourist vehicles — attributed to harsh weather conditions and lower numbers of UK visitors on the back of a Brexit-triggered volatility in sterling rates.

Cargo volumes have now increased by 36% in 6 years and the Dublin Port Company said it needs to accelerate its capital investment plan to boost port capacity as growth is already outstripping its long-term ‘masterplan’ growth rate.

We have begun construction of primary border control infrastructure to ensure that Dublin Port is prepared for whatever Brexit might throw at us.

Additionally, the UK is planned to leave the EU on March 29, whether or not there is a negotiated deal.

There is agreement across Irish society that Brexit will have an adverse effect on the country, but the worst scenario as far as the Irish government is concerned is that the UK leaves without a negotiated settlement.

Since there is no exact prediction on how Brexit will affect the UK, the Irish government has already announced plans for an extra 1,000 customs and veterinary staff to work at Dublin and Rosslare ports and at airports, as well as new money to train people in sectors likely to be badly affected.

Concluding, as stated by BBC many are the companies that are worried for possible delays that will follow Brexit. Thus, these companies are forsaking the UK land-bridge for new 'Brexit-busting' super-ferries that would sail directly between Dublin and Zeebrugge and Rotterdam, bypassing uncertainty in Britain.