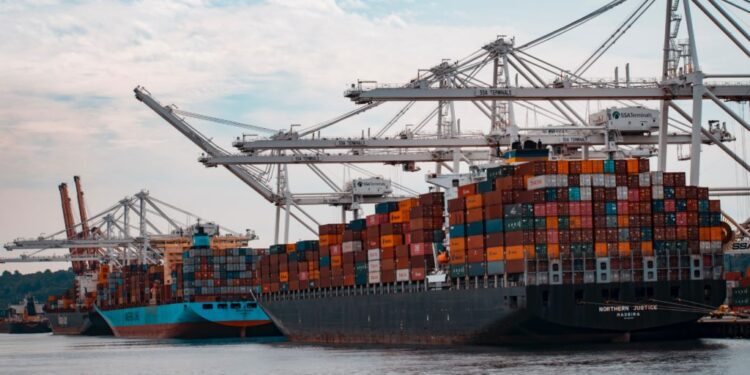 The House of Representatives in Washington DC passed a bipartisan bill designed to strengthen shipping supply chains, as ongoing infrastructure issues continue to exacerbate inflation and slow the economic recovery.

The bill, introduced in August by California Rep. John Garamendi, requires shipping companies to adhere to “minimum service standards that meet the public interest” and blocks them from unreasonably declining cargo.

Today I spoke on the importance of the Ocean Shipping Reform Act, the bipartisan bill I authored with @RepDustyJohnson, which passed the House just minutes ago. This bill is crucial to protecting American jobs, businesses and consumers from a monopolized ocean shipping industry. pic.twitter.com/QTrFjspUjL

Under the legislation, shipping carriers and port operators are barred from retaliating against a shipper, a shipper’s agent or a motor carrier by threatening to withhold available cargo space.

Improved data collection and reporting practices will also be put in place under the bill, through the creation of a shipping exchange registry. It will also increase Federal Maritime Commission (FMC) funding by 10% and directs the FMC to release an annual report on shipping operators and marine terminal operators filing false certifications.

The passage of this bill comes about one month after the House passed the Build Back Better Act, which included $5 billion for identifying and resolving supply chain issues that threaten economic security. Last week, a group of more than 20 House Democrats called for further legislation addressing supply chain issues to be passed.

Following the passage of the Ocean Shipping Reform Act, the National Retail Federation stated that this action would further provide critical updates to the international maritime transportation system, which has been severely impacted by COVID-19.

“The Shipping Act has remained unchanged for nearly 20 years, as the global supply chain has continued to grow and evolve to meet increased consumer demand. This bipartisan legislation provides much-needed updates and reform to an archaic system that retailers and thousands of other businesses depend on each day to transport goods.

“These improvements could not come at a more critical time, as the amplification from the pandemic has been severe. We thank Reps. Garamendi and Johnson for their leadership and the House for their swift vote to approve this measure. We encourage the Senate to follow suit.”…National Retail Federation adds.

From its side, the Consumer Brands Association marked:

The Ocean Shipping Reform Act will address longstanding, systemic supply chain and port disruption issues exacerbated by the pandemic, improving competitiveness for maritime transportation and helping CPG companies efficiently produce and deliver the essential products American consumers rely on every day. Consumer Brands strongly supports this action and urges the Senate to immediately take up and pass this bill.