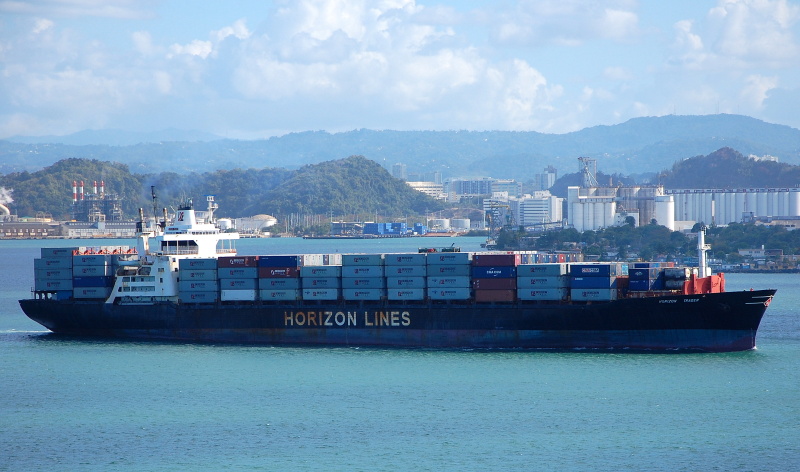 The master of the container ship Horizon Trader has won an appeal at a US court and been awarded over $1 million in damages following a whistleblowing incident. The court found that Loftus’ right to be free of retaliation for whistleblowing was violated, and that Horizon Lines could not provide clear evidence that he would have been demoted regardless of his actions.

Maritime laywer Charles Goetsch who represented the captain of Horizon Trader , discloses details about the case on Train Law blog:

Under the Seaman’s Protection Act (SPA), merchant marine seamen enjoy the same protection against retaliation that railroad workers enjoy under the Federal Rail Safety Act. But due to the shipping industry’s pervasive culture of retaliation against seamen who report safety hazards to outside enforcement agencies, hardly any SPA cases have been brought. Now comes a landmark million dollar SPA award exposing that culture of intimidation and declaring it no longer will be tolerated.

The case is John Loftus v. Horizon Lines, Inc. and Matson Alaska, Inc. In 2013 Captain Loftus was Master of the Horizon Trader, an 813 foot long container ship operating on the eastern seaboard between New York, Jacksonville, and San Juan Puerto Rico. Despite his 20 year unblemished record as a Captain, in June 2013 he was abruptly removed as Master due to his reporting of safety violations to the U.S. Coast Guard and its delegated inspection agency, the American Bureau of Shipping.

The purpose of the SPA is to augment the Coast Guard’s limited enforcement resources by encouraging seamen to report possible violations of safety regulations. It does so by prohibiting retaliation against seamen who report possible regulatory violations to the USCG or ABS. The world of American Mariners is small and everyone knows everyone else. By removing Loftus as Captain for specious reasons, Horizon sent a chilling message throughout the industry that safety complaints will be punished. John Loftus filed a SPA case not only to clear his name but more importantly to remedy the profoundly unsafe effect of that message.

After a three day trial, United States DOL Administrative Law Judge Jonathan C. Calianos issued a detailed 48 page Decision that is a complete vindication of John’s character as a man and as a Captain. It is a landmark SPA decision that will encourage seamen to report safety violations and discourage management from retaliating when they do.

Judge Calianos found “Captain Loftus was the most safety conscientious Master in the entire Horizon Lines fleet” with “an unusually strong commitment to the safety of his vessel and crew.” But Captain Loftus’s insistence on calling Horizon’s attention to serious safety hazards was met with indifference and inaction. As a result, “Loftus resorted to reporting safety concerns to the regulatory agencies because of Horizon’s consistent failure to correct hazardous conditions aboard the Trader. Loftus was clearly a thorn in Horizon’s side.”

In removing Loftus as Master, the Judge found “Horizon’s conduct was reprehensible” because it engaged in “machinations,” “smoke and mirrors,” and “fabrication” to mask “the real reasons” for its removal of Loftus as Master, “namely to discipline Loftus for his protected activity.” In addition to awarding full back wages and emotional distress, the Judge found such reprehensible conduct required the imposition of punitive damages close to the statutory maximum, explaining:

the need to deter others from engaging in similar conduct is uniquely critical in the SPA whistleblower context given such claims involved public safety, and an adverse action may have a chilling effect on the willingness of other seamen to report a violation. This is especially true considering how small the marine industry is, and how quickly word travels within it. Horizon’s retaliation against Loftus is exceptionally troublesome considering his reputation for being an exemplar of safety, which is exactly what the SPA is designed to promote.