by The Editorial Team
in Others, Shipping, Smart, Smart Parent 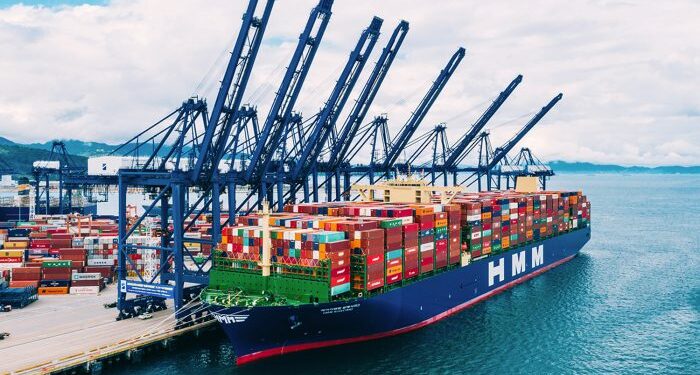 Above image is used for illustration purposes only / Credit: HMM

Under the MoU, the two companies will collaborate in the research, development and innovation in the field of smart ship solutions.

The MoU mainly covers the development of eco-friendly technologies applicable for smart ships and the enhancement of technological competence related to the digitalization of ships.

As part of this partnership, HMM has adopted ‘SVESSEL’, the most advanced smart ship solution developed by SHI. SVESSEL aims to expedite the transition from analog-based conventional ships into “Intelligent and Life-cycle managed Ships” through the convergence between ICT and Ship Operational Technology.

The cloud-based ‘SVESSEL’ has been applied to five out of twelve 24,000 TEU mega container ships delivered to HMM this year. HMM will test operational data on its own container vessels.

Both digitalisation and decarbonization have become integral factors on the pathway to sustainable growth. HMM has concentrated on the exploration of new technologies for the future and has actively participated in various discussions with the parties concerned,

In addition, HMM is preparing to operate a ‘Smart Ship Control Centre’ that enables to monitor the safety and efficiency of ships in real time based on an extensive range of data including cargo information, service routes, locations, ocean weather and vessel conditions.

The centre will be in full operation from mid-September this year.