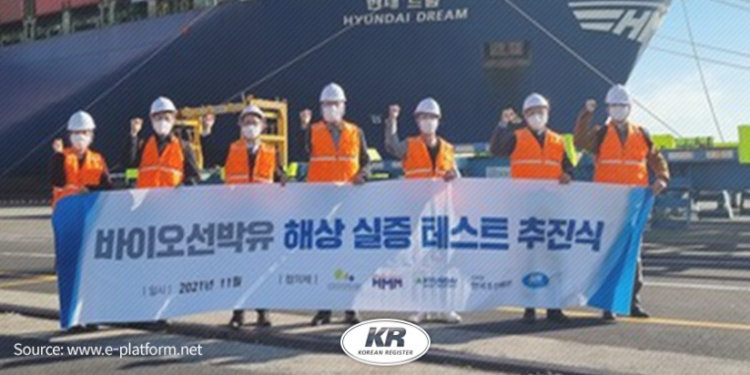 The twenty-foot equivalent unit (TEU) is an inexact unit of cargo capacity often used to describe the capacity of container ships.

It was South Korea’s first demonstration of applying bio-heavy oil used in domestic power plants to ships. “The successful outcome of this demonstration will play a crucial role in speed up the commercialization of bio-heavy oil for ships in the future,” an unnamed HMM official was quoted as saying.

Bio-heavy oil is made from animal and plant oils and production resides from diesel fuel. The Korea Bioenergy Association was in charge of supplying bio-heavy oil for testing and analyzing ingredients. South Korea’s Hyundai shipbuilding group was responsible for providing a test engine and building test facilities. Korean Register (KR), a maritime classification society, evaluates data derived from a test voyage.