by Peter Sand
in Opinions 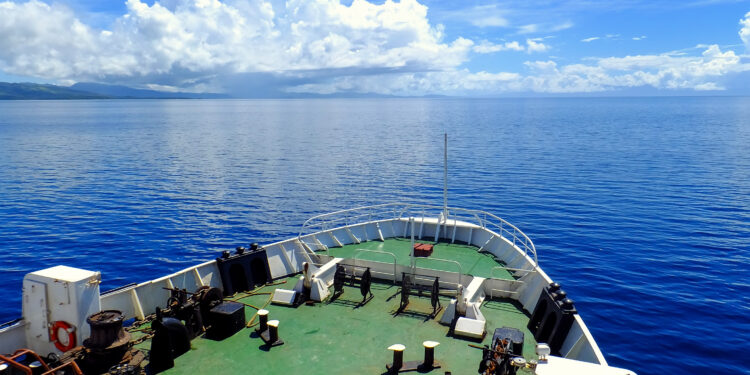 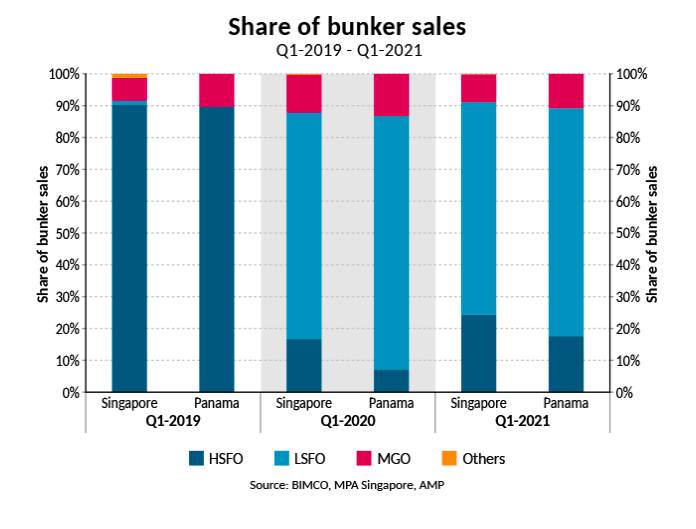 HSFO on the rise across the board

A similar development in the share of bunker fuel sales can be seen in other bunkering hubs. In Fujairah, HSFO accounted for 16.9% of total bunker sales in Q1 2021. Here, LSFO dominated with a 78.6% market share.

“After the quick adjustment to the global sulphur cap, the decline in HSFO’s share of total bunker sales has stopped. Although its share is much lower than any time prior to Q4 2019, the steadily rise in scrubber-fitted ships has supported demand for HSFO and will remain until new solutions and future fuels are widely introduced on the industry’s path to decarbonisation,” says Peter Sand, BIMCO’s Chief Shipping Analyst.

“In addition to changing the share of fuel types being sold, the global sulphur cap has also resulted in larger bunkering hubs gaining an even larger market share, and recording growth in 2020 despite a drop in total bunker sales. This development was due to owners and charterers seeking to minimise risks by choosing the biggest bunker hubs in the face of uncertainty surrounding the new fuel types,” Sand says.

Across the four major shipping segments an average of 24.1% of the fleet, when measured in DWT (and TEU for containers). The crude oil tanker fleet has the highest share, at 30.5%, while with only 13.8% of total capacity scrubber fitted the oil product tanker fleet has the lowest. At the start of 2020 the average share across these four fleets stood at just 12.9%.

The pace of scrubber fittings has slowed since its peak in January 2020, during which 259 ships with a total capacity of 33.4m DWT either had a scrubber installed or were delivered with one already on board. In the first three months of this year 228 ships have joined the number of scrubber-fitted ships each month, totalling 30.5m DWT in the first quarter. 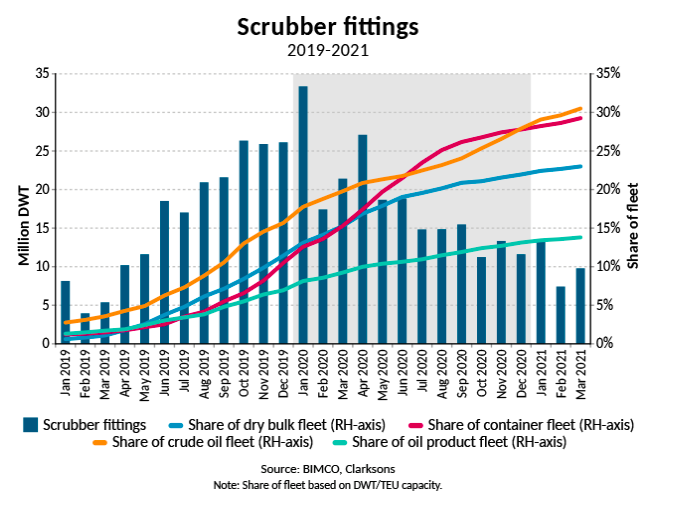 Of the 228 ships fitted with scrubbers so far this year, two-thirds (153) were new-builds being delivered with a scrubber already fitted, with only 75 ships being retrofitted. This is almost the exact opposite of the shares in 2020, when only 27.1% were newbuilds (479), while the rest (1,289) were retrofits of the total 1,768 ships to have a scrubber installed.

Will we see a second wave of scrubber installations?

Although the pace of scrubber installations has slowed, the economic case for a scrubber is still strong. After the ups and downs of 2020, the price spread between HSFO and LSFO has stabilised at an average of USD 100 per tonne in the major bunkering hubs.

Despite the ups and downs of the spread in 2020, when averaging the HSFO and VLSFO spread over the whole year, it stood at almost exactly USD 100 per metric ton (100.7).

With the spread now stabilising at a more normal level, a scrubber investment still represents a solid economic decision for owners, as higher earning -, thanks to lower voyage costs – are enough to cover the initial cost as well as the running costs of the scrubber within a reasonable period.

“Low demand for certain oil products as a result of mobility restrictions has helped lower the price of LSFO. However, as demand for products such as jet fuel starts to recover, the HSFO-LSFO spread may well increase, solidifying the economic case for scrubbers.”

A return to the high levels of scrubber installations that we saw at the end of 2019 and start of 2020 is however unlikely, as the majority of owners who wanted to retrofit their ships have now done so, and the majority of scrubbers being added to the fleet now come from newbuilds

Above article has been initially published on BIMCO’s website and is reproduced here with author’s kind permission.

Peter Sand joined BIMCO in 2009 and holds the position of Chief Shipping Analyst. In this position, he is responsible for analysing the commercial markets for dry bulkers, tankers and containerships. Taking the offset in global economics as the analytical starting point for all seaborne trade, he assists managements, members and clients with insight into many different aspects of the global shipping industry. Peter’s regular reports, focused analytical articles and insightful comments on the shipping market are widely read and have often been referenced in global mainstream media. Teacher of Maritime Economics at the Danish Shipping Academy as well as guest lecturer at Copenhagen Business School: Blue MBA and BSc International Shipping and Trade. During the rise and fall of the shipping markets Peter gained experience in the fields of shipping analysis, executive assistance, caretaking of investors and the art of transforming data and statistics into overviews and forecasts. Prior to his career in BIMCO, he worked for the dry bulk and product tanker company D/S NORDEN. Peter holds a Master’s Degree in economics from the University of Copenhagen.