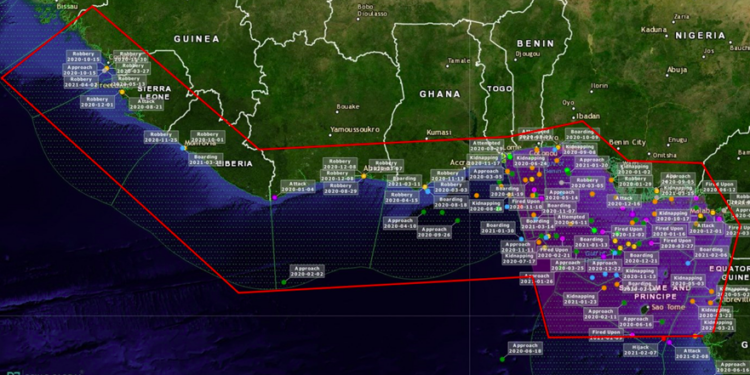 MDAT-GoG, a cooperation centre between the Royal Navy (UKMTO) and the French Navy (MICA-Center) in support of the Yaounde Process, strongly recommend ships and crews transiting this area from 4 June to increase their vigilance and retain enhanced local surveillance and apply BMP West Africa procedures.

The announcement was followed by a suspicious vessel approach while in transit about 49nm SW Lomé, within Zone F in the Gulf of Guinea, according to data by maritime security intelligence firm Dryad Global.

Reporting indicates that a master reported a suspicious approach by small wooden craft with 10 POB. The vessel is understood to have approached the port side before signaling distress and making a request that the vessel reduce speed. The master is understood to have been unable to confirm distress and as a precaution increased vessel speed. No visible signs of pirate paraphernalia were sighted and vessel and crew were safe.

On available information the latest approach does not appear to indicate a sustained and deliberate approach with piratical intent,