Harland and Wolff shipyard to go into administration 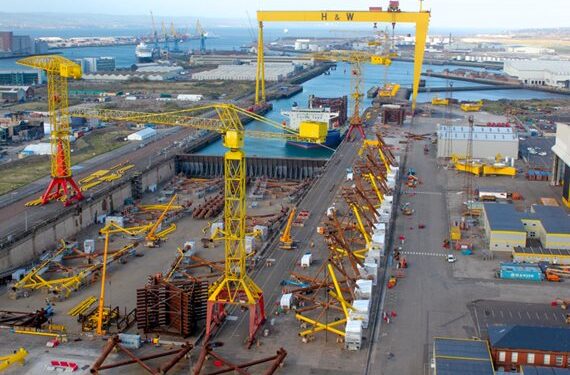 Above image is used for illustration purposes only / Credit: Harland and Wolff

Ireland’s historic shipyard Harland and Wolff, which is known for building Titanic, is about to go into bankruptcy, ending a shipbuilding tradition of centuries in Belfast.

The Irish shipbuilder, which dates back to 1861, filed for insolvency at the High Court in Belfast, and the 130 workers have been given redundancy notices.

Harland and Wolff Heavy Industries has been in a financial struggle in recent years as a result of strong competition from overseas rivals.

As a result, the company’s Norwegian owner, Dolphin Drilling, filed for bankruptcy in June and put the Belfast shipyard up for sale, but there has been no buyer found so far.

Workers have occupied the site since last Monday as part of a campaign to save the yard.

With respect to the above, general trade union GMB has organized a petition calling for the shipyard to be nationalized to save local jobs.

The future of Harland and Wolff is more than a ‘commercial issue’ that the Prime Minister can stand by and do nothing about…If Boris Johnson is serious about investing in nations and regions, in creating skilled jobs and opportunities, then action is needed right now,