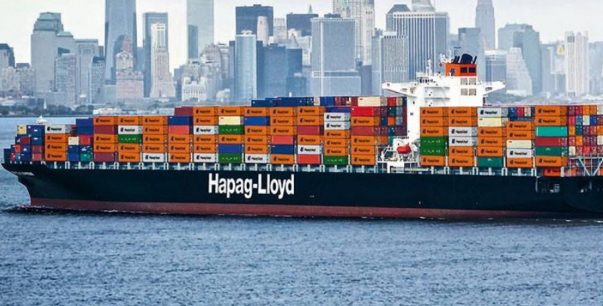 Above image is used for illustration purposes only / Credit: Hapag-Lloyd

Following the Yantian Express fire incident that Hapag Lloyd experienced in in early 2019, the company published a statement according to which they will implement a penalty of USD 15,000.00 per container, effective as from September 15, 2019.

Specifically, the company highlights that failure to properly offer and declare hazardous cargoes prior to shipment is a violation of the Hazardous Material Regulations. Such violations may be subject to monetary fines and/or criminal prosecution under applicable law.

Moreover, the company further noted that to ensure the safety of our crew, ships and other cargo onboard, Hapag-Lloyd holds the Shipper liable and responsible for all costs and consequences related to violations, fines, damages, incidents, claims and corrective measures resulting from cases of undeclared or misdeclared cargoes.

In general, the Yantian Express experienced a fire break out in early 2019 in one container on its deck. Following the fire incident, the vessel arrived at Freeport, Bahamas (port of refuge) on 4 February. By late March 2019, all containers in the fire impacted areas in way of cargo holds 1 and 2 (on and under deck) had been discharged from the vessel. However, it is estimated that the vessel lost 198 containers.

Overall, the lost containers have a severe impact on the marine environment, as many of these end up in the seafloor, causing a great impact on the marine environment and the species that live in the sea. To reduce container losses, a number of initiatives are underway. Namely, SOLAS Convention requires container weight verification as a condition for vessel loading, while the IMO has issued guidelines on this requirement.