While overall piracy incidents declined in 2019, there was an alarming increase in crew kidnappings across the Gulf of Guinea, according to IMB annual piracy report. In 2019, IMB’s Piracy Reporting Centre received 162 incidents of piracy and armed robbery against ships worldwide, in comparison to 201 reported incidents in 2018.

The incidents of 2019 included:

While the overall decline in piracy incidents is an encouraging development, vessels remain at risk in several regions, especially the Gulf of Guinea, 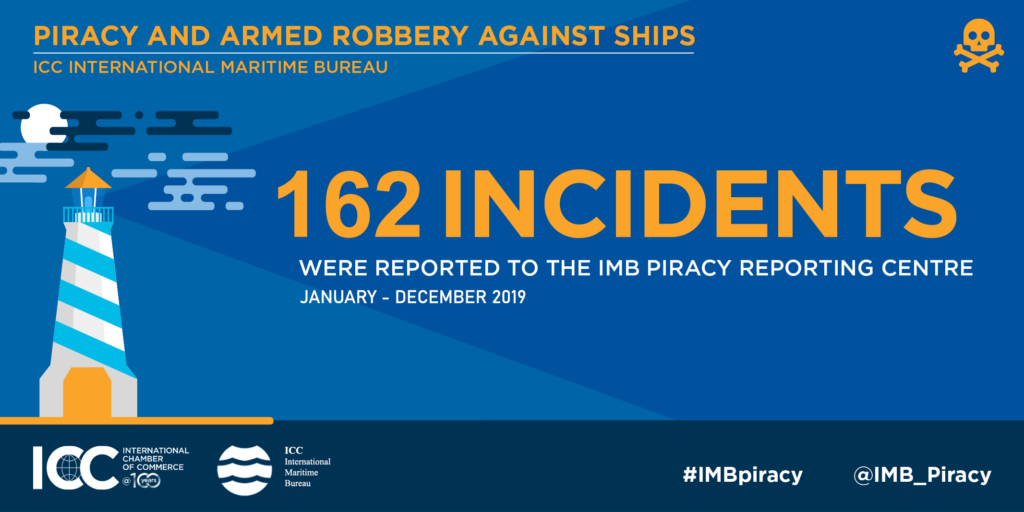 Continuing the trend from last year, the Gulf of Guinea remained a key area of concern as the world’s worst piracy hotspot in 2019.

This equates to over 90% of global kidnappings reported at sea with 64 crew members kidnapped across six separate incidents in the last quarter of 2019 alone.

The region accounted for 64 incidents including all four vessel hijackings that occurred in 2019, as well as 10 out of 11 vessels that reported coming under fire.

We remain concerned that this region has recorded an unprecedented rise in crew kidnaps. These latest statistics confirm the importance of increased information exchange and coordination between vessels, reporting and response agencies in the Gulf of Guinea Region. Without the necessary reporting structures in place, we will be unable to accurately highlight the high-risk areas for seafarers and address  the rise of piracy incidents in these persistently vulnerable  waters,

See here a timeline of crew kidnappings in the Gulf of Guinea. 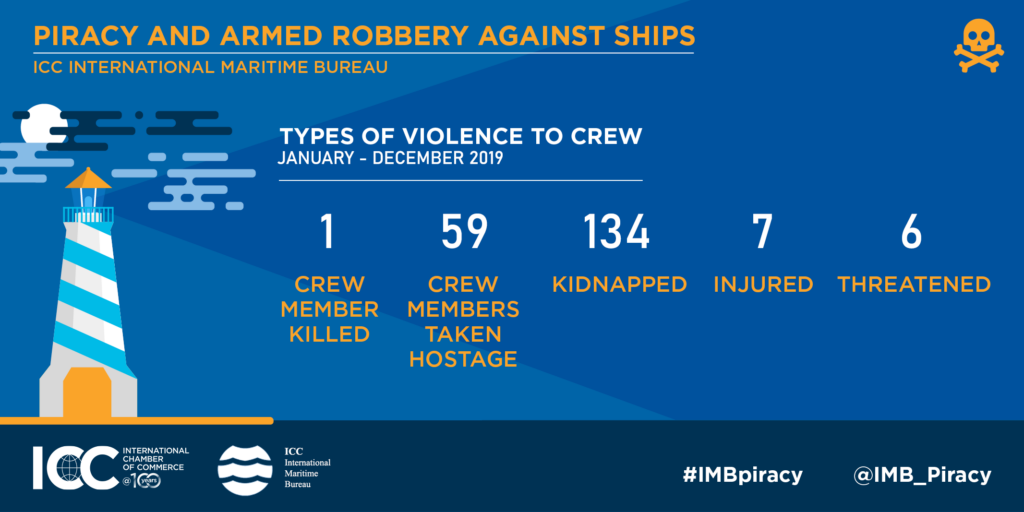 Similarly, the Singapore Straits experienced a rise in armed robbery attacks with 12 reported incidents in 2019, including 11 in the last quarter of 2019.

The same region accounted for just three incidents for the entirety of 2018.

Despite this rise, IMB considers the intensity of the attacks in the Singapore Straits to be ‘low level’ and are usually limited to armed robbery from the vessel.

This is a distraction and potentially dangerous for the crew in control of the vessel whilst navigating through these congested waters. The IMB PRC is grateful to Singapore law enforcement agencies for responding promptly to some of these incidents,

Dialogue and coordination between the Indonesian Marine Police (IMP) and the IMB PRC has led to a decrease in regional incidents, according to the report.

Elsewhere, in the Indian sub-continent, Bangladesh reported zero incidents for 2019.

This is the first time since 2015 that no piracy or armed robbery incidents have been reported around Bangladesh. 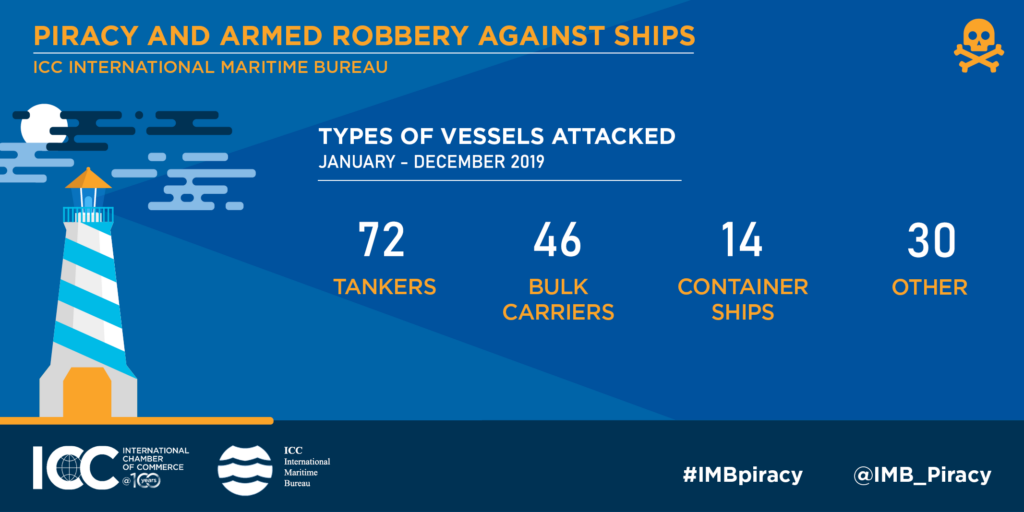 No incidents in Somalia, but risks remain

Across the Indian Ocean, Somalia reported zero piracy incidents, yet the IMB PRC advises that vessels and crews remain cautious when travelling through the region.

In particular, the report warns that “Somali pirates continue to possess the capacity to carry out attacks in the Somali basin and wider Indian Ocean.” 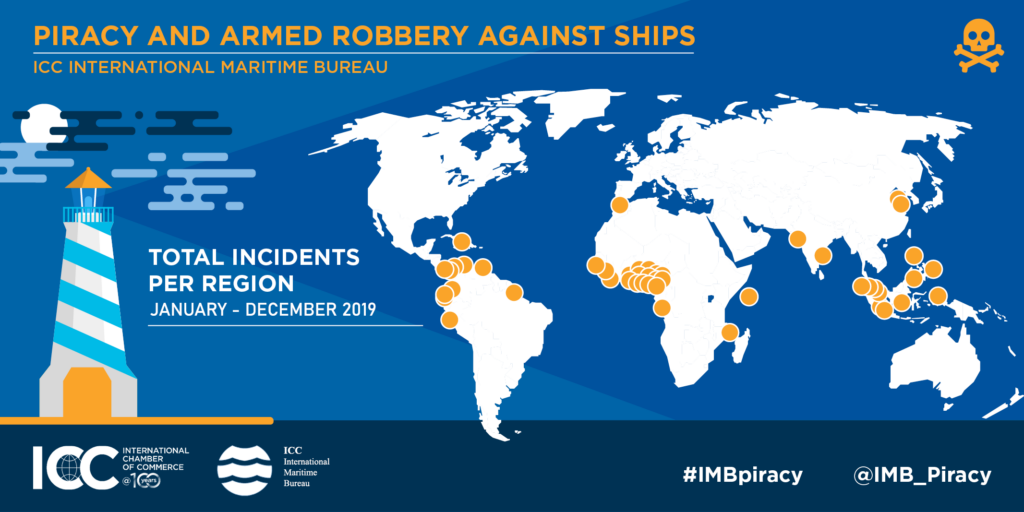 As with all piracy-related incidents, IMB urges all shipmasters and owners to report all actual, attempted and suspected piracy and armed robbery incidents to the IMB PRC. This first step in the response chain is vital to ensuring that adequate resources are allocated by authorities to tackle this crime.