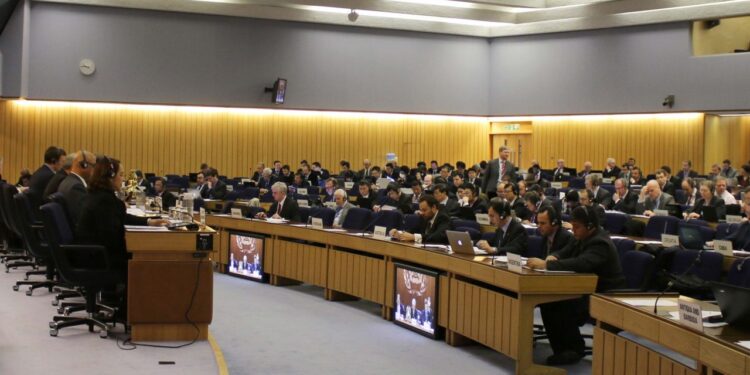 IMO will hold its Maritime Safety Committee, 98th Session, next week from June 7  to 16, 2017 in London, IMO Headquarters to discuss latest developments with respect to maritime safety-related issues. Among  many issues under review, MSC 98, will put forward the proposal for Guidelines on maritime cyber risk management.

The MSC is expected to:

• Approve draft escape route signs and equipment location markings, together with the associated draft Assembly resolution, with a view to subsequent adoption by the IMO Assembly. The symbols reflect the international standard ISO 24409 2:2014.

Regarding SOLAS amedments, IMO MSC is expected to adopted the following amendments

• Draft amendments to SOLAS regulation II-2/9.4.1.3 to clarify the requirements for fire integrity of windows on passenger ships carrying not more than 36 passengers and on special purpose ships with more than 60 (but no more than 240) persons on board.

Furthermore, the MSC is expected to consider revisions to the Guidelines for Verification of Conformity with Goal-Based Ship Construction Standards, based on the experience gained during the initial verification audits. However, IACS urged IMO  earlier this month to confirm that the existing foundations of the GBS verification audit system should not be changed.