A week after it ran aground about 400 meters off the coast of La Manga, the Spanish minesweeper Turia has been refloated and returned to the naval base at Cartagena, Spain, as the Spanish Navy informed.

Mainly, the warship ran aground on August 27 while conducting a search and rescue operation for a downed Spanish Air Force C-101 training jet, when the grounding took place. 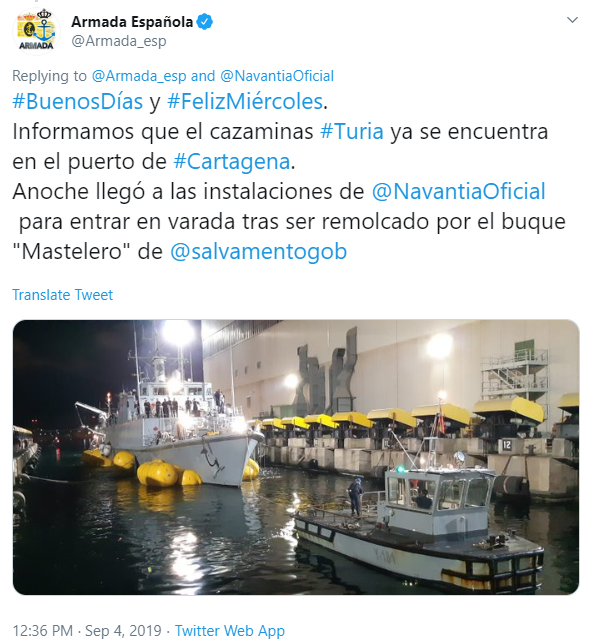 The refloating efforts for minesweeper Turia began in early September, after the Spanish navy installed the outer balloons on Monday morning, September 2. Then, the Navy continued the tightness tests, following the planned refloating and towing of the vessel on Wednesday, September 4.

Therefore, the Spanish Navy successfully refloated and returned the vessel in Cartagena in Tuesday nigh after finished their preparations and pulled it off of a rocky shoal at La Manga, the narrow peninsula near Cartagena.