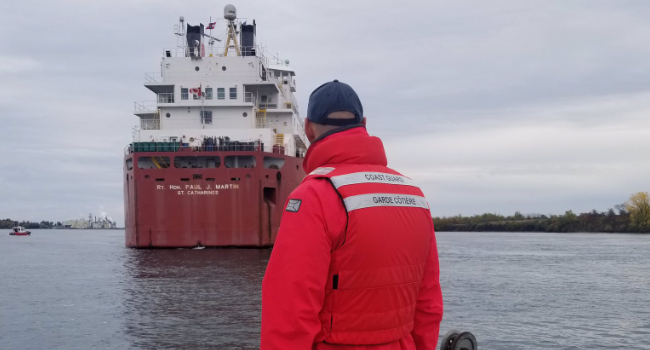 After the Canadian-flagged self discharging bulk carrier 'RT Honorable Paul Martin' ran aground on the American side of the St. Lawrence Seaway, on 6 October, it has now been refloated and anchored outside of the port of Johnstown, Ontario. The ship is now waiting for repairs.

The vessel was carrying a load of iron ore at the time, the US Coast Guard added.

There was some water intake on vessel at a slow rate, but there were no injuries or pollution reported.

In an attempt to lighten the ship and refloat it, around 5,000 tonnes of its cargo were lightered off. Eventually, six days after the incident, on October 12, the ship was refloated with tug assistance. According to source,s five tugs assisted to bring the vessel back to deeper water.

The grounding led to temporary speed restrictions, while short halts were applied for the salvage effort.