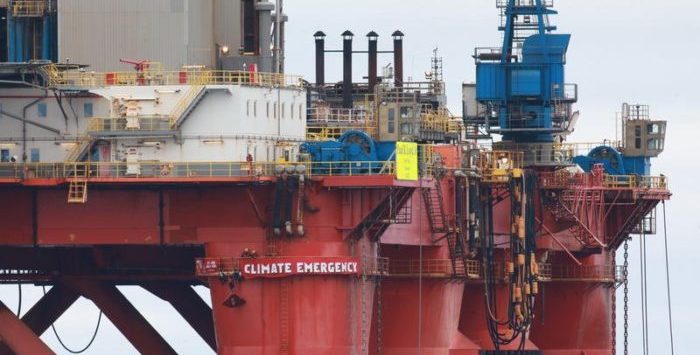 After shutting down BP's offices in London, Greenpeace activists boarded on an offshore drilling rig, which belongs to Transocean and planned to begin drilling operations for BP in the UK North Sea, in an attempt to stall BP's oil plans.

As Greenpeace informed via its Twitter account, two climbers have boarded the rig in an effort to stop BP's drilling plans offshore Scotland. 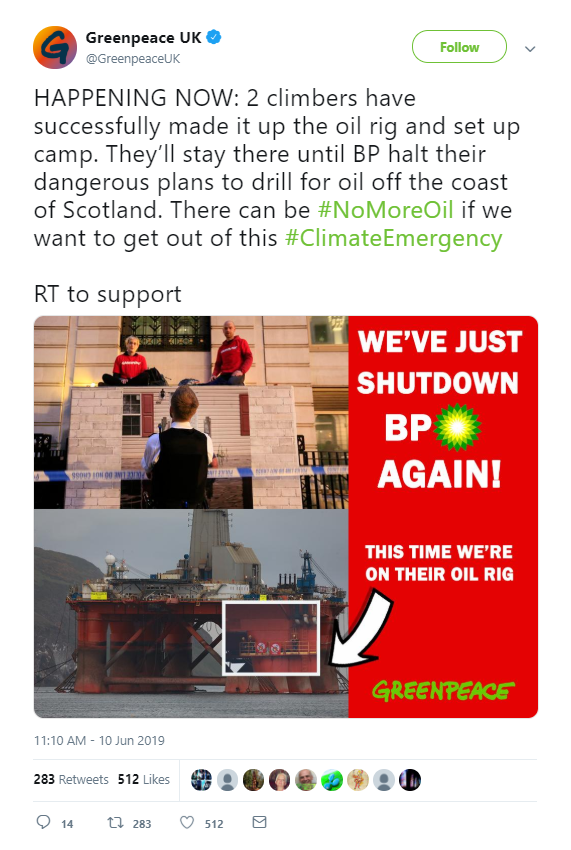 We're in a #ClimateEmergency Just as we should be winding down our use of oil and gas, and ending all oil exploration, BP are getting this rig ready to drill for 30 million barrels of oil. That's why we've stopped this rig going to drill for more oil.

In light of the protest, BP replied, commenting that although they acknowledge peaceful protests, the actions of Greenpeace are irresponsible and may put themselves and others unnecessarily at risk; The company also highlighted that 'In all operations safety is our top priority.'

In the meantime, BP noted that they are collaborating with Transocean and the authorities to find a solution and resolve the existing situation peacefully and safely.

We share the protestors’ concerns about the climate. We support the Paris agreement. And we are working every day to advance the world’s transition to a low carbon future

The oil company also stressed that they are reducing their emissions, as they saw a 1.7 million tonnes decrease last year, and they improve their products as well, to enable theri customers reduce their own emissions.