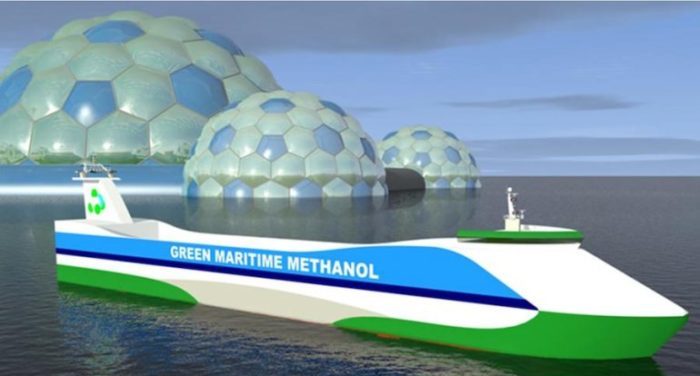 Caption: Led by Maritiem Kennis Centrum, the consortium has been formed to further investigate the feasibility of methanol as a transport fuel in the maritime sector/ Credit: Green Maritime Methanol

The Green Maritime Methanol consortium has chosen nine vessels for research on the application of renewable methanol as a marine fuel. Namely, new designs, newbuildings, along with existing ships of Boskalis, Van Oord, the Royal Netherlands Navy and Wagenborg Shipping were selected.

The ships sizes are various in length, ranging between 40-160m, with tonnage varying from 300-23,000 dwt and in installed power from 1-12 MW. Research for these ships will begin with determination of the cost for implementation and use of methanol fuel systems. The results of this research will then be compared with low sulphur marine diesel.

Each of the ships selected has its own specific operational profile, thus providing a specific insight into the potential of methanol for a certain ship type, its sailing route and cruising speed. What is more, not only cargo vessels are being evaluated during this phase, with the attention also being paid to ferries, dredgers and support vessels operating in coastal waters.

For each scenario the most attractive technical, operational and economical configurations will be selected. The parties aspire to share and exchange knowledge within the consortium with opportunities to develop methanol as a transport fuel for the maritime sector.

Green Maritime Methanol now has a list of members which includes:

The project is also supported by TKI Maritiem and the Dutch Ministry of Economic Affairs and Climate Policy and runs until December 2020.