Green ammonia could power 30% of the merchant fleet by 2050

Alfa Laval, Hafnia, Haldor Topsoe, Vestas and Siemens Gamesa launched a report supporting that ammonia has the potential to power 30% of the global maritime fleet.

Specifically, the report forecasts that once the fuel’s logistics chain has been fully developed – including the construction of 150m tonnes per year of incremental production capacity – green ammonia would have a cost similar to today’s compliant oil-based bunkers.

The paper explains the current production of ammonia supplied by the energy from the fossil fuels (the so called conventional ammonia) and analyzes the possibility to implement a supply chain powered by renewable energy only (producing the so called green ammonia). 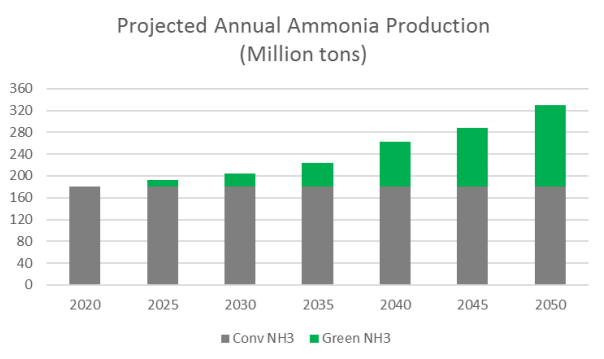 One projection for reaching additional ammonia capacity of 150 million tons per year.
Conventional ammonia production is here assumed constant, while it is actually expected to
increase.

Based on a scenario where the 30% of the shipping industry is converted to this fuel, the study assesses the required amount of the product and the consequent demand of renewable energy and of territory to secure it.

Concluding, the study notes that

Ernest Hemmingway (sic) once said that people tend to go bankrupt in two ways – gradually then suddenly. Technological change and transitions tend to happen in the same way, what once seemed impossible and then unfeasible, becomes possible and then finally the standard. 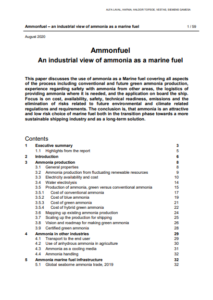 Ammonfuel - An industrial view of ammonia as a marine fuel