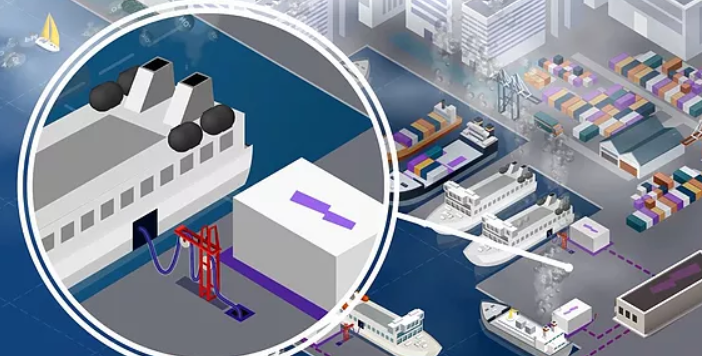 Greece’s Port of Killini, at the west side of the country towards the Ionian Sea, is to see the first shore-to-ship (STS) electrical supply connection in Eastern Mediterranean. The Ro-pax ferry ‘Fior Di Levante’ will plug into the region’s first shore power facility , in a special inauguration ceremony on Thursday, 20th December.

Through the installation of this green pioneering cold-ironing facility, developed under the European co-funded programme elemed, the port of Killini achieves a decline in air pollution, upgrades port facilities while paving the way for other Greek ports to become emissions-free hubs in the Eastern Mediterranean region.

Along with the opening, Killini Port Authority and elemed partners will host a special event entitled “Eastern Mediterranean achieves reduced environmental footprint at the port of Killini”.

Shore power reduces emissions by giving the capability to ships to shut down their diesel engines and connect to an electrical grid supplied by renewable energy sources when they are in a port.

The elemed project was also the winner of the 2018 GREEN4SEA Initiative award, for preparing the ground for the introduction of cold ironing, electric bunkering and hybrid ships across the Eastern Mediterranean Sea corridor.