The Global Positioning System (GPS) is one of the most heavily relied upon aids to navigation. It is considered to be easy to use, accurate and reliable. But GPS signals can be degraded or blocked by both natural and manmade sources, resulting in inaccurate data or complete loss of GPS signal.

This article considers some of the problems with GPS signals and reminds seafarers of navigational best practice to ensure that any GPS problems are less likely to lead to difficulties.

Incorrectly installing the GPS equipment and antenna on board can mean that the given position is incorrect or the signal is not received correctly. Careful checks should be made during the installation process to ensure that the equipment is fitted and commissioned in line with manufacturer’s requirements.

Operator errors can occur, such as the GPS being left in dead reckoning (DR) mode. Good practice is to regularly check the equipment before the start of the watch – these checks will allow the user to not only become familiar with the current navigational inputs but will increase familiarity with the equipment displays, menus and alarms.

Signals from the satellite can also be affected by irregular activity in the earth’s atmosphere. A typical example is refraction, which lengthens the path of the signal as it passes through the atmosphere. Users should be familiar with the process of manually selecting satellites to improve overall satellite geometry and assist in reducing this effect. Solar storms may cause electromagnetic interference which effectively drowns out the satellite signal causing errors in positioning.

In some locations in the world, for example in polar regions, the availability and quality of GPS signals can cause issues. The ‘spread’ and number of available satellites can affect the accuracy of the information provided. Errors can also be caused when satellite signals reflect off objects such as structure or mountain. This is known as multipath error.

Jamming, spoofing and hacking are all possible malicious actions that can affect a vessel’s GPS signal. Jamming is a locally generated interference that drowns out the GPS signal. In 2007 a jamming incident in San Diego harbour led to a disruption to all GPS related services that not only affected shipping but also the naval medical centre, emergency pagers and the harbour’s vessel traffic services. Spoofing is the fake broadcast of a satellite signal. In June 2017, the signals of approximately 20 ships were spoofed in the Black Sea. The Master of one vessel off the port of Novorossiysk noted that according to the GPS, his ship’s position was 32 kilometres inland. Hacking of GPS software could lead to information received being misleading or misinterpreted.

It is easy to become over reliant on GPS and neglect other forms of position fixing. It is vital to cross-check and that you are comfortable using traditional methods of fixing a vessel’s position, even where this might be done on ECDIS.

-Increase the frequency: Plot positions at intervals so that the vessel cannot run into any danger in between the plots. For example, if the vessel is close to the coastline, position fixing should be more frequent.

-Parallel indexing: This is a simple yet highly effective way of continuously monitoring the vessel’s position. These should be included in the voyage plan.

-Use the echo sounder: This is another means of confirming that the vessel’s plotted position is correct. For example, if you know the under keel clearance should be 14 metres for the position you have plotted, then this is easily confirmed by a quick glance at the echo sounder.

-Beam bearings: The use of beam bearings is a highly effective way of visually confirming when to alter course.

-Alteration of course: The vessel’s position should be plotted shortly before and shortly after you perform a course alteration. This confirms you are in the correct position prior to altering and that the alteration has had the desired effect.

When plotting the vessel position, confirm the position by multiple means and do not rely on a single method where possible.

Numerous items of navigation equipment have a GPS input. Even items such as the vessel’s GMDSS equipment can be affected by a GPS outage. In order to maintain some useful input (and therefore output), in the event of GPS loss it is important to set the ECDIS to dead reckoning (DR) mode and also ensure radars are sea stabilised. Navigating officers should familiarise themselves with all bridge equipment and be fully aware of any inputs for other equipment. It is good practice for crew to run drills for such situations. Crew can then easily identify the equipment that will be affected by a GPS loss in the event of a real outage.

Exercising best practice at all times - even when GPS is operational – will mean a safer vessel and a crew that is ready and welldrilled in the event of GPS loss. Best practice assists navigational officers in maintaining good situational awareness, ensuring that safety is less likely to be compromised when navigating in restricted or congested waterways.

Above article has been initially published in North P&I Club's summer edition of Signals and is reproduced here with author's kind permission. 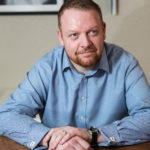